LAVAL, Quebec — In addition to growing its reach internationally and rolling out its global Circle K rebranding, Alimentation Couche-Tard Inc. is turning its focus inward — to its in-store offerings.

Speaking on the company's fourth-quarter and fiscal year 2017 earnings call, President and CEO Brian Hannasch explained that over the latest quarter, same-store merchandise revenues increased in both the United States and Europe, and declined slightly in Canada. While the company's sales in the quarter slowed from previous quarters, Couche-Tard overall still saw positive traffic and basket growth.

Merchandise and service gross margins increased in Europe and in Canada; however, they decreased in the U.S., primarily due to the retailer's change in its product mix toward some lower-margin categories — specifically, tobacco — as well as from higher promotional activities compared to the previous year, the CFO explained.

As Tessier detailed, gross margins decreased by 0.4 percent in the U.S. to 33.3 percent because of the change in the product mix, and on account of investments in the cigarettes category meant to positively impact traffic in the stores. Gross margins increased by 0.9 percent in Europe to 44 percent due to the rollout of its food program in recently acquired stores.

"We continue to work on improving our supply terms and conditions in merchandising strategies in order to bring them in line with the market competitiveness and the economic conditions in each of our micro markets," Hannasch said.

During the fourth quarter, Couche-Tard continued its efforts to advance its Simply Great coffee program across its network. The offer is now available at more than 2,700 Circle K convenience stores globally, and "has been a proven success in Europe," according to the chief executive.

"The next year will be dedicated to increasing customer awareness and trial here in North America. Our goal is to get customers to discover Simply Great Coffee's exceptional taste and great value," Hannasch  said. "We'll continue to invest in other key categories also, such as cold beverages and fresh bakery, which have proven sales results in several markets [where] they have been integrated and rolled out."

Simply Great's rollout should be completed in Ireland this year, along with a good part of the Quebec and Atlantic markets in Canada. The program will add 209 locations this year, Hannasch noted.

"In the U.S., we've got pilot markets in Raleigh, N.C., Southern California and the Chicago markets," he said. "This year, the focus will be particularly in North America on working on creating awareness and trial. We think we've got a fantastic product. We are seeing positive cup growth, certainly, and positive basket growth as we get those customers in. But we need to do a lot more to make people aware that we've got a great cup of coffee available at a great value in our sites."

Complementing its new coffee program, Couche-Tard has approximately 6,000 stores that feature some form of fresh bakery. The retailer is focused on bringing either a fresh direct-to-store delivery solution or an in-house bakery program baked onsite to all of its customers, according to Hannasch.

"Today, we're rolling out in-store bakery throughout our Eastern Canada market. The pilots have been very, very encouraging — more than doubling our sales and units in those categories — so we're very excited about that," he reported. "It is an offer that we have throughout our network in Europe. And we found that about 800 of the CST locations [acquired this month] also bake onsite. So, we're very much in tune to making fresh bakery again available to all of our customers."

In the U.S., customer traffic is still positive, although not as robust as it has been in previous quarters, Hannasch noted during the earnings call. Basket rings have been positive, leading to solid same-store merchandise sales.

"Certainly, when we look back at the [fourth] quarter, we are reluctant to kneejerk and say this is a perpetual trend. Certainly, we had some encounters with weather," he noted.

Couche-Tard recently reviewed a study in conjunction with one of its key suppliers about the demographics related to trips to the overall convenience store industry and the findings showed that two customer populations are struggling and not visiting c-stores as often: Hispanic customers and lower-income consumers.

"So, as we look at the economy strengthen in the U.S., I think there is a story of that wealth effect that certainly we see and read about in the stock market, and others not reaching that bottom lower demographic. That's a core customer for us," Hannasch explained. "We think they continue to struggle and we are adjusting our marketing to try to adjust to their needs and provide value to them." 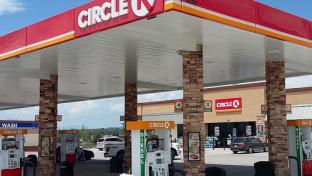 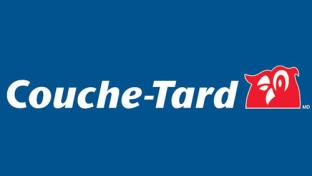