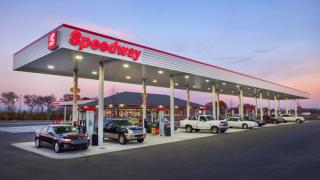 The Allentown-based partnership reached a definitive agreement to acquire the stores from Irving, Texas-based 7-Eleven Inc. for an aggregate cash purchase price of $263 million, subject to certain adjustments.

The vast majority of the sites are currently operating under the Speedway brand, and all sites will be rebranded in connection with the closing, according to CrossAmerica.

The c-stores are in regions of the United States within CrossAmerica's existing asset base.

"We are excited to acquire these high quality assets that are complementary to our existing footprint and will allow us to benefit from increased scale in our retail operations," said Charles Nifong, president and CEO of CrossAmerica. "The transaction provides excellent value to the partnership and represents continued execution of the strategic plan we set in action last year."

The transaction is subject to 7-Eleven closing on its $21-billion acquisition of Enon, Ohio-based Speedway which is waiting approval from the Federal Trade Commission. MPC expects approval to come this quarter.

CrossAmerica anticipates closing on its acquisition of the 106 sites on a rolling basis, beginning approximately 60 to 90 days after the closing of the 7-Eleven-MPC deal.

The terms of the transaction were unanimously approved by the board of directors of the general partner of CrossAmerica. Skadden, Arps, Slate, Meagher & Flom LLP is acting as legal counsel to the partnership.

Formed in 2012, CrossAmerica Partners LP is a distributor of branded and unbranded motor fuel in the United States and distributes fuel to approximately 1,700 locations and owns or leases approximately 1,100 sites. Its geographic footprint covers 34 states.