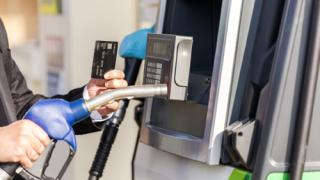 WASHINGTON, D.C. — A drop in fuel demand contributed to the national average price of fuel falling four cents over the past week to reach $3.67 for a gallon of regular gas. However, this is the smallest weekly decline in several months.

This modest drop may signal that the nearly 100-days-long streak of daily price declines will be broken soon, reported AAA.

"All streaks have to end at some point, and the national average for a gallon of gas has fallen $1.34 since its peak in mid-June," said Andrew Gross, AAA spokesperson. "But there are big factors tugging on global oil prices — war, COVID, economic recession and hurricane season. All this uncertainty could push oil prices higher, likely resulting in slightly higher pump prices."

The majority of the United States is already using the less expensive winter blend gasoline, resulting in modest price reductions at the pump. California is the only state that still needs to make the switch, which will happen on Nov. 1.

The national average will likely reverse course if oil prices spike, according to AAA.

The current national average of $3.67 is 24 cents less than one month ago and 48 cents more than one year ago.