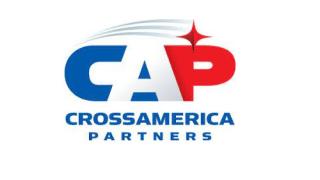 ALLENTOWN, Pa. — The third quarter of 2022 was a mixed fuel bag for CrossAmerica Partners LP.

"Margins tend to be stronger in declining fuel price environments. One significant reason for this is in a declining fuel price environment, lower volume sites are slower to adjust retail fuel street prices down due to having higher price product and inventory," Nifong explained. "This tends to make overall retail fuel street pricing slower to adjust downward. For competitors with higher volume sites that are turning their fuel inventory quickly, it generates enhanced margins."

Store margin was up approximately 40 basis points year over year, mainly attributable to changes in product mix and initiatives CrossAmerica has undertaken to preserve margin in the current inflationary environment.

Speaking to economic trends, Nifong reported that out-of-stocks are still at levels higher than CrossAmerica would like. While the partnership continues to see progress on this front, there's still work to be done to return to what the company would consider "normal levels."

"We also continue to see broad based inflation in our product costs, and while we've been successful in adjusting retail prices, it does weigh on consumer demand," the chief executive said, pointing out that CrossAmerica's wholesale segment supplies its retail segment on a variable margin basis and the overall fuel profitability at these sites is split between the company's wholesale and retail segments.

While the addition of the 7-Eleven sites helped boost the quarter's results, the deal also contributed to a 36 percent increase in the partnership's operating expenses compared to the prior year. The addition of those stores increased CrossAmerica's average company-operated site count from 194 to 253, a 30 percent jump.

On the acquisition front, the partnership entered into a definitive agreement to acquire certain assets of Boston-based Community Service Stations Inc. for $27.5 million, plus working capital. The assets consist of wholesale fuel supply contracts to 39 dealer-owned locations, 34 sub-wholesaler accounts and two commission sites, one fee based and one lease.

"The assets are highly complementary to our existing asset base in the region, from both a geographic and fuel brand prospective," Nifong said. "We are excited about this transaction as these are unique assets that have attractive long term cash flow profiles. We expect the acquisition to be immediately accretive to our distributable cash flow."

The deal was finalized on Nov. 10, as Convenience Store News reported.

Formed in 2012, CrossAmerica Partners LP is a distributor of branded and unbranded petroleum for motor vehicles in the United States and distributes fuel to approximately 1,750 locations and owns or leases approximately 1,150 sites.