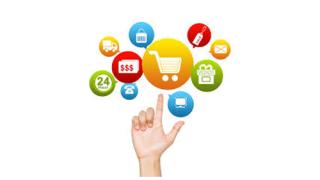 LAS VEGAS — Anyone who has not realized the growing importance of innovation in the retail technology space hasn't been paying attention. The future is here.

The reality is that a massive shift is happening in consumer behavior and because of that shift, retail is undergoing a massive shift, according to Koupon Media's Charlie Lang.

"You can buy anything on Amazon, and Amazon is just the beginning," Lang, executive vice president of product and marketing at Koupon Media, said at "The Future of Digital Promotions in C-store" event, which took place Oct. 7 during the 2018 NACS Show. The event was sponsored by retail technology companies Koupon Media, GSTV, NCR, Paytronix, Skupos, Stuzo and SwiftIQ.

To succeed amid this massive shift, c-store operators and consumer packaged goods (CPG) companies must work together — on joint promotions, media platforms and data sharing, to name just a few areas.

"Small format is the future. The people in this room and at this conference have an advantage, but we have to work together," Lang urged.

One dynamic in the shift in retail is the changing loyalty game, noted Scott Walters, sales and account management at Paytronix. According to Walters, Thorntons Inc. pulled Paytronix into the convenience channel and "now, we are knee-deep in the c-store space."

To enhance customer experience and drive revenue, retailers need to be thinking about consumer engagement on the forecourt, added Steve O'Toole, general manager of convenience and fuel retail solutions at NCR.

"Sixty-five percent to 75 percent of fuel customers do not go inside the store," he said. "That is a huge missed opportunity."

Overall, O'Toole explained that retailers have several key objectives on their plates currently, including:

"Customers want a consistent experience no matter how we shop. Digital coupons can be a key part of that," O'Toole said. However, he cautioned that retailers must engage customers with meaningful content, including personalized offers.

Customer engagement, regardless of the form or offer, sounds good, but is it working? Jason Lobel, CEO and co-founder of SwiftIQ, said promotions can be complex — discounts, multi-buy deals, bundles — but companies need to know if the promotions impacted sales or grew the category, and if it was at the expense of something else.

"You cannot underestimate how important it is to support promotions with marketing," Lobel also stressed.

Looking at virtual consolidation, Dan Trotzer of GSTV explained that this move can capitalize on the economies of scale that come with physical consolidation.

"When you remove yourself from infrastructure dependencies, you can drive growth," said Trotzer, executive vice president of strategy at GSTV.

And speaking of Amazon, the retail giant's success is partially driven by its recommendation engine. "We need to bring the same methodologies to convenience," said Aaron McLean, chief operating officer of Stuzo. "It's time for the convenience operator to think of digital as the new storefront."

According to McLean, digital is not "a one-trick pony," explaining that retailers should not deliver a mobile app that has just one feature.

"Mobile is the foundation. Then, you start layering on top of it," he said. "Invest in mobile and technology like you would a new store. Invest in software over hardware."