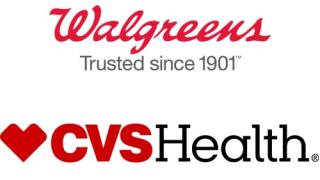 NATIONAL REPORT — There will be fewer new drugstores opening on corners across the United States.

On Aug. 6, Walgreens announced plans to close 200 U.S. stores. The following day, CVS Health said it will slow the pace at which it opens new locations, according to the Chicago Tribune.

Known for their pharmacy businesses, both drugstore chains have been looking for other ways to draw in foot traffic. Both, according to the report, are trying to give customers more reasons to visit their stores by offering more health services and better merchandise.

"One of the reasons why they're closing stores right now is to better position themselves for the future," said Brian Owens, a senior vice president of retail insight at consulting firm Kantar. "The store has to work differently for them than it did in the past."

Walgreens will begin to shutter the 200 stores this fall. The Deerfield, Ill.-based retailer has not identified which locations will close. The news comes just months after Walgreens said it would aim to cut $1.5 billion in annual costs by 2022, the news outlet said.

As for Woonsocket, R.I.-based CVS, Executive Vice President Kevin Hourican said on an earnings call Aug. 7 that the retailer plans to open 100 stores this year and 50 next year, down from about 300 new stores a year a few years ago.

CVS announced in May that it had decided to close 46 underperforming stores.

Looking to offer other services, CVS, which acquired health insurer Aetna in November, plans to turn 1,500 of its stores into so-called HealthHUBs and a significant portion of the store is dedicated to health services and products.

Walgreens also teamed up with LabCorp to collect samples in stores from consumers for lab testing. It is also expanding its work with health insurer Humana to open additional senior-focused health centers inside Walgreens stores.

As the Chicago Tribune reported, competition from Amazon and other brick-and-mortar retailers has slowed sales of drugstores' other merchandise, like personal care products, household goods, and food and beverage items, analysts said.

Most people still buy those items in stores, but drugstores haven't invested enough in the retail side of their businesses to keep up with what consumers want, said Neil Saunders, managing director of GlobalData Retail.

However, Walgreens and CVS are turning a focus to beauty customers. For example, CVS redesigned the beauty department and began offering services like dry hairstyling and 30-minute makeup refreshes in four stores, and Walgreens teamed up with online beauty retailer Birchbox to open small shops within 11 stores. It also renovated the beauty departments in about 3,000 stores and trained 3,500 employees as beauty consultants, according to the report.

Even with the changes to their portfolios, the retail chains still have thousands of locations. Walgreens operates roughly 9,500 drugstores with a presence in all 50 states, the District of Columbia, Puerto Rico and the U.S. Virgin Islands. CVS has approximately 9,900 retail locations.