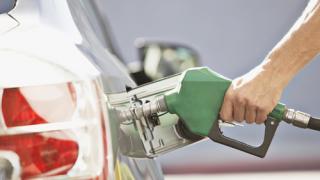 WASHINGTON, D.C. — The coronavirus may have hampered overall fuel demand, but it did not slow down the sales of E15.

Among the standout states is Iowa. According to the Renewable Fuels Association (RFA), sales of the gasoline that contains 15 percent ethanol increased 24 percent and set a new record in Iowa in 2020. The association cited data released this week by the Iowa Department of Revenue.

"The recent state-level data on E15 and flex fuel consumption offers great news for consumers, ethanol producers, and anyone else who cares about cleaner air and lower prices at the pump," said RFA President and CEO Geoff Cooper.

According to RFA, E15 sales grew in Iowa despite a 14.3-percent drop in the state's overall motor gasoline consumption from 2019 levels. The decrease in Iowa gasoline demand mirrored the national trend, which saw a 13.5-percent reduction in 2020 compared to 2019.

Similarly, recent data from the Minnesota Department of Commerce show 2020 E15 sales in that state nearly held steady with 2019 sales levels, despite the pandemic. Minnesota E15 sales were 93.46 million gallons, down just 4 percent from 97.40 million gallons in 2019.

On the west coast, sales of E85 flex fuel showed similar resiliency in 2020, the association noted.

On the other hand, California's overall gasoline consumption fell 18.5 percent in 2020.

According to RFA, E85 is an increasingly popular option for complying with California's Low Carbon Fuel Standard, allowing fuel suppliers to generate surplus carbon credits under the program.

While California, Iowa, and Minnesota are the only states for which reliable government data on sales of E15 and flex fuels is currently available, RFA said similar trends likely occurred across the United States.

"While overall fuel consumption plummeted in 2020 due to the effects of the COVID-19 pandemic, sales of E15 and flex fuels like E85 continued to grow or hold steady," Cooper said. "These trends prove that consumers are actively seeking out lower-carbon, lower-cost fuels at the pump and that the expansion of retail infrastructure facilitated by USDA's Higher Blends Infrastructure Incentive Program (HBIIP) is working.

"During the pandemic, higher blends of ethanol have not only helped American families save money on fuel purchases, but they have also reduced carbon emissions and harmful tailpipe pollution. With more Americans expected to return to the roadways this summer, we expect growth in the consumption of E15 and flex fuels to accelerate," he added. "Over the longer term, additional funding for programs such as HBIIP should be included in any infrastructure plans being considered in Washington, so that lower-carbon fuels can be made readily available to the 260 million liquid-fueled vehicles registered in the Unites States today."

In addition to growing consumer demand for cleaner, greener fuels, Cooper pointed out that sales of higher ethanol blends benefited from the fact that no new refinery exemptions were granted under the Renewable Fuel Standard in 2020 and the market for RFS compliance credits finally perked up in the second half of the year.