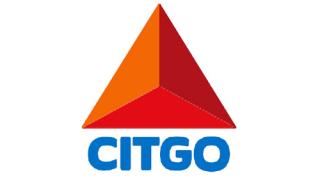 "The significant interest in our debt offering reflects the underlying strength of our company — operationally, financially and in terms of our leadership — so we were able to finalize a deal that provides great stability and security for our business," commented CITGO Executive Vice President (EVP) Rick Esser.

In February, CITGO cut ties with its parent, state-run oil firm Petróleos de Venezuela S.A. (PDVSA) to meet U.S. sanctions, whereby any assets PDVSA has in the United States are frozen and U.S. citizens and firms are barred from doing business with it. CITGO could continue to operate as usual; however, any money the company earned would be placed in a blocked account, reported VOA News.

The sanctions are aimed at the removal of socialist Venezuelan President Nicolas Maduro, whom the United States and about 50 other countries no longer recognize as the country’s legitimate leader.

CITGO halted payments to its parent company, subscriptions to corporate services and email communications, and minimized mentions of PDVSA on its marketing materials and website.

According to sources, the company was working toward refinancing a revolving credit and term loan by the end of July.  Earlier this month, the U.S. Treasury gave CITGO 18 months to buy crude oil and make debt payments under the sanctions, Reuters reported.

"This extension will further enable CITGO's ongoing operations while prohibiting any benefit from flowing back to the illegitimate Maduro regime," the Treasury Department said in a statement.

The license extension allows CITGO to use money held in escrow under earlier sanctions to make a $71-million interest payment due in April on PDVSA's 2020 bonds. Part of CITGO has been put up for collateral on that bond.

CITGO has lawfully operated within the restrictions of the imposed sanctions through General License 7, according to the company. As of March 14, General License 7 was replaced by General License 7A, providing an 18-month authorization that renews automatically on a monthly basis. This rolling extension allows CITGO to maintain operations in markets that are based on long-term planning and contractual commitments.

"With our rolling license extension and now our refinancing firmly in place, our employees, marketers, retailers, business partners and the financial community can be confident in their dealings with CITGO," said Esser. "As a company that is here today and here to stay, we will continue our efforts to strengthen our core business of refining and marketing quality products."

It is unclear if CITGO's new board has completed a registration process in Delaware to legally take control of the company, according to the news source.