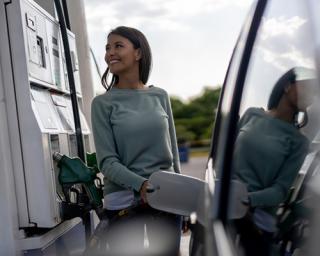 NATIONAL REPORT — First-quarter data regarding visitors to the fuel pump who also made an in-store purchase showed encouraging trends for 2021, according to a VideoMining report.

While the COVID-19 pandemic prompted a steep drop in the pump-to-store conversion rate, as 75 percent of all fuel buyers left after filling up their gas tanks, this year is already looking better.

These improved conversion rates are critical for the industry, as overall in-store traffic is still down 14 percent compared to seasonally adjusted pre-pandemic levels, according to VideoMining, which helps retailers and consumer packaged goods manufacturers optimize retail performance and shopper experience by decoding in-store behavior using anonymous sensing and artificial intelligence.

Traffic patterns are also shifting closer to normal, with an increase in store traffic during the peak hours of 1 p.m. to 5 p.m.

During this time period, shoppers spent 13.6 percent more time in the store compared to last year, which could indicate diminishing fear of COVID-19 infection. This additional time corresponded with more sales, as c-store shoppers bought more items (an average of 2.6 vs. 2.4, respectively) and spent more ($9.33 vs. $7.69) per visit during the quarter compared to the same time in 2019.

Emerging categories such as hard seltzers and CBD helped increase the average basket size, along with solid contributions from beer and snacks. Lottery and candy sales were also up significantly during Q1.

As summer approaches, retailers should track ongoing shifts in shopping and buying patterns and adapting marketing and merchandising strategies to the "post-pandemic" shopper, the report recommended.