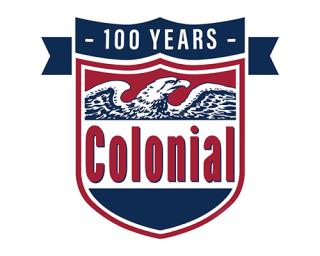 SAVANNAH, Ga. — Colonial Group Inc. named Brett Giesick, who has served as president of Colonial Group's retail division, Enmarket, since 2017, as chief operating officer. Giesick is the first person to serve in the role of COO for Colonial.

"Brett brings significant experience in many of the disciplines that I am looking for to complement my efforts," said Christian Demere, Colonial Group CEO and president. "I will personally benefit from Brett's experience and mentorship as I continue to grow in my role to lead this company forward. I am also excited about what this new role will mean for the company and the tactical benefits it will bring to Colonial."

"It has been the honor of my career to be a small part of the Enmarket success story," said Giesick. "I cannot properly express the level of talent and teamwork that our leadership, support, and operation teams possess. Without their contributions, Enmarket would not be the success that it is."

For the time being, Giesick will also continue to serve as president of Enmarket as company leadership evaluates internal and external candidates to backfill his role at the retail division.

"Colonial Group and our subsidiary companies have experienced tremendous growth and evolution over the past seven to eight years," Demere said. "I believe the role of chief operating officer is needed to better leverage the scale of the entire enterprise while ensuring we remain nimble and entrepreneurial. This will be a critical focus to balance as we continue to assimilate growth and strengthen our family culture."

"While Enmarket will remain committed to growth, ongoing improvements and, most importantly, to our culture of 'enriching life,'I am confident that my search for a successor will yield someone who will take our team to the next level," Giesick said. "I have enjoyed my tenure as president of Enmarket, and leaving for a new role is bittersweet. That said, I look forward to this new challenge in working with our various Colonial Group subsidiaries and human resources."

A fourth-generation family-owned business founded in 1921, Savannah-based Colonial Group Inc. is a diversified energy and port-related company. As Convenience Store News reported, in 2021, the company marked its 100th anniversary by celebrating with its dedicated team of more than 2,000 employees, giving to hometown causes and observing historical milestones.