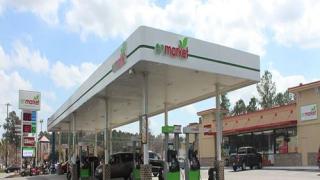 SAVANNAH, Ga. — A locally based convenience retailer is going into the new year with new leadership.

Enmarket has named Brett Giesick as president of the c-store company. In his new role, Giesick now has top and bottom line responsibility for Enmarket and leads marketing, operations, accounting, foodservice, training, fuel procurement, logistics, and pricing, real estate and construction, facilities, safety and security, and all other support teams.

Giesick joined the retailer in February. Under his leadership, Enmarket has expanded their regional footprint with the recent acquisition of Glennville-based Clyde's Markets.

The deal also included the purchase of Woodland Oil in Vidalia.

"This is a very exciting time to be part of the Enmarket team, and I am proud to provide the vision, support, and leadership for the company with stores located in Georgia, South and North Carolina," Giesick said. "We have a strategic growth plan for both acquisitions and new to industry locations and are actively pursuing both growth vehicles."

Founded as Interstate Stations in 1963 by Robert Demere, Enmark Stations Inc., which operates as Enmarket, is a family-run business. Enmarket is a subsidiary of Savannah-based Colonial Group Inc.