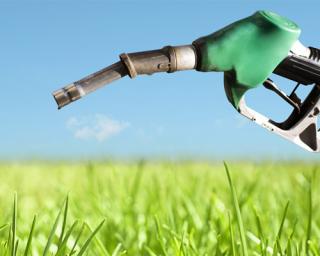 WASHINGTON, D.C. — The U.S. Environmental Protection Agency (EPA) has rejected requests to change the point of obligation for compliance under the Renewable Fuels Standards (RFS) program.

Under the current structure of the RFS, merchant oil refiners are obligated to blend more renewable fuel. The petition seeks to shift the obligation to entities that own gasoline before it is blended for retail sale.

According to the agency, it based its Nov. 22, decision on "a wide range of stakeholder input and information provided as a part of the public comment period."

Oil industry players has been behind efforts to shift the point of obligation from where it was initially placed on the refiner or importer, downstream to fuel marketers — a move that had been opposed by NACS, the Association for Convenience & Fuel Retailing.

Moving the point of obligation downstream would not only increase fuel prices for consumers, but it could also disrupt the functionality of the RFS program, the association said.

According to NACS, the EPA noted in its denial that it does “not anticipate a benefit from changing the point of obligation” and “believe[s] that such a change would significantly increase the complexity of the RFS program, which could negatively impact its effectiveness.”

NACS said it is "pleased that EPA has denied the petitions."

The EPA's denial comes one year after the agency had initially proposed denying the petitions to shift the point of obligation, as CSNews Onlinepreviously reported.

However, due to the importance, complexity, and broad stakeholder interest in this issue, the agency took public comment on the proposed denials to ensure it received input from the wide variety of stakeholders that could be affected, according to the EPA.

"We commend the EPA for laying to rest a year of attempts from a small group of oil refiners who have been using every trick in the book to change the established rules for tracking compliance with the Renewable Fuel Standard," said Growth Energy CEO Emily Skor.

"This one-sided handout would have added regulatory red tape, created havoc in the marketplace and denied consumers access to more affordable fuels with higher blends of biofuels like E15," she added. "Growth Energy has led the charge to oppose this effort from the very beginning, and we are grateful to our allies in Congress and to [EPA Administrator Scott] Pruitt for working with us to protect over 12 years of investment under the RFS."

"We commend the EPA for maintaining the stability of the RFS by officially rejecting any change to the point of obligation. The RFS is working and obligated parties have had 10 years to acclimate their business models to the program," said IRFA Executive Director Monte Shaw.

"Changing the RFS point of obligation would have only served to reward those who haven't lifted a finger to help the implementation of the RFS and to punish those who have worked hard to make it the most successful energy policy in U.S. history," Shaw added.