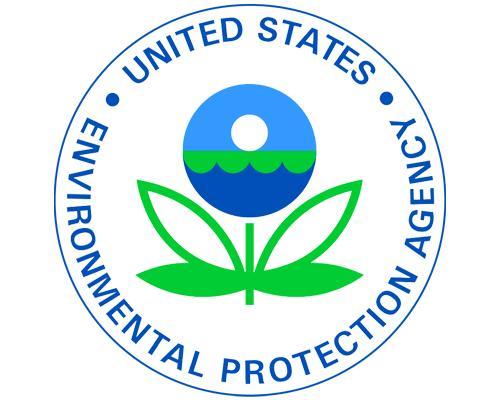 The agency introduced proposed rulemaking to extend a one-pound (psi) Reid vapor pressure (RVP) waiver that currently applies to E10 during the summer months for higher ethanol blends such as E15, and to reform the Renewable Identification Number (RIN) market.

The EPA is proposing:

"NACS is concerned that the proposed rulemaking would generate more problems than solutions," said Paige Anderson, NACS' director of government relations. "We believe that EPA's proposal would create chaos in the RIN market and reduce retailers’ incentives to blend renewable fuel into the fuel supply."

Currently, fuel refiners, importers and exporters of renewable fuels, known as obligated parties, are required to comply with Renewable Volume Obligations (RVOs) as part of the Renewable Fuel Standard (RFS). The obligated parties must retire RINs representing a renewable fuel for an annual compliance period. This system was designed with an open trading market to ensure a robust market for RINs, according to NACS, the Association for Convenience & Fuel Retailing.

Growth Energy, a leading advocate for ethanol, welcomed the EPA's proposal as a critical step toward providing consumers with uninterrupted access to a cleaner, lower-cost option at the fuel pump, but also cautioned against any changes to the RIN market that could undercut investment in delivering higher ethanol blends.

"This rule is a critical milestone for rural Americans who make renewable biofuels and for all American drivers, who may soon have a cleaner, more affordable, higher-octane fuel all year long," said Growth Energy CEO Emily Skor. "We are still reviewing details of the proposal, and we look forward to working with the EPA to ensure that any changes — particularly in the RIN market — do not upend the marketplace, and continue to encourage investment in E15 and other higher ethanol blends.

"We appreciate the administration's efforts to fulfill the president’s promise and will continue in our commitment to making the environmental and economic benefits of E15 available to consumers nationwide," she added.

The proposed changes to the market for RINs, which are the credits that EPA uses to ensure that refiners satisfy their obligations under the RFS, would create chaos in the RIN market and reduce incentives for fuel retailers to incorporate renewable fuels into the fuel supply, according to NATSO, the national association representing truck stops and travel plazas.

EPA admits that it has not seen any "data-based evidence" of RIN market manipulation that would necessitate these reforms, NATSO noted.

"EPA's proposal would remove many existing incentives to sell biofuels and would act as a penalty for fuel marketers that want to blend those fuels," said NATSO Vice President of Government Affairs David Fialkov. "The 'reforms' that EPA is exploring were conceived by the same refining companies that for years have been trying to undercut the RFS in order to avoid investing in renewable fuels. The changes are not designed to ‘enhance RIN transparency’ but rather to depress demand for biofuels so that a small subset of refiners can spend as little as possible to meet their obligations."

The proposed rule change would lift a nearly 30-year-old limitation on E15, which is restricted for sale between June 1 and Sept. 15.

EPA has committed to completing the rulemaking process by June 1 — the start of the summer driving season, which has some fuel industry associations in the agency's corner.

"Today's proposed rule means EPA is one step closer to making good on President Trump's promise to allow year-round sales of E15. With just 80 days left before the start of the summer driving season, finalizing and implementing the E15 regulatory fix remains a tall order," Renewable Fuels Association (RFA) President and CEO Geoff Cooper commented. "That is why we have urged EPA to separate the year-round E15 provisions from the RIN reform provisions and move forward as quickly as possible to finalize a practical and defensible year-round E15 solution.

"We are carefully reviewing the details of the proposed rule and look forward to providing EPA with extensive technical and legal comments to support an expeditious and legally sound resolution of this decades-old red tape barrier," he continued. "RFA and its member companies will also testify in support of year-round E15 at the upcoming public hearing."

With just 80 days to go until the start of the 2019 summer driving season, the American Coalition for Ethanol (ACE) will urge stakeholders to provide public comments to EPA, so a legally defensible rule can be in place by June 1, according to CEO Brian Jennings.

"Time is of the essence, particularly since EPA insists on saddling the E15 rulemaking with controversial RIN reforms that will need to be carefully reviewed to ensure they don’t undermine ethanol demand," Jennings noted. "Without a final rule in place by June 1, this year would mark the eighth time since EPA originally approved a waiver for E15 that fuel marketers in many parts of the country have had to prohibit their customers from purchasing a lower-cost, higher-quality fuel option at the pump during the busy summer driving months.

"E15 has lower evaporative emissions than E10 and straight gasoline and has been approved by EPA for use in 2001 and newer vehicles; 90 percent of the cars on the road today. Access to E15 all year will increase the fuel’s availability, reduce refiner RIN costs and open much-needed market access for surplus corn," he added.

As pleased as ACE is with the EPA's proposals, Jennings expressed that the upside potential of E15 year-round will be blunted unless and until EPA “returns sanity to the way it handles Small Refinery Exemptions under the RFS."

Before finalizing the rule, the EPA will accept public comments until April 29. 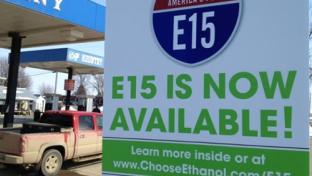