An Exceptionally Active Year in M&A

An Exceptionally Active Year in M&A 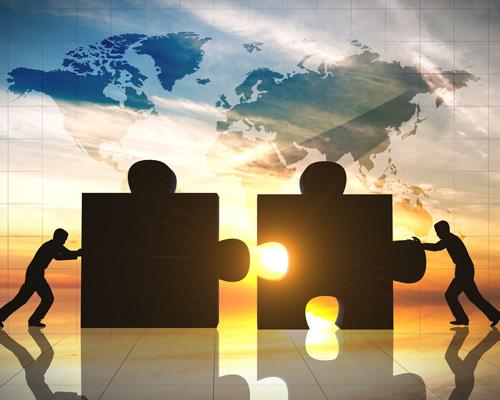 The mergers and acquisitions (M&A) market in the convenience and gas (C&G) industry wrapped up one of, if not, its most active years in both the number of transactions completed and the overall monetary value of the acquisitions closed to date.

While the C&G industry has experienced a tremendous amount of M&A activity over the past 10 years, many of the market conditions that have acted as a catalyst in this overall process seem firmly entrenched for the foreseeable future.

However, there are several potential headwinds on the horizon.

No matter how much President Trump complains, the Federal Reserve seems determined to drive up market interest rates and risk potentially slowing down the current pace of economic activity in the United States. In addition, the accelerating upward movement in labor expenses and the overall shortage of qualified workers in the U.S., especially in the low-margin retail industry, is negatively impacting the future profitability outlook for numerous retailers.

While the final aggregate economic data for the U.S. economy in 2018 is not in yet, there are many indications that wages in the C&G industry are still rising at a rate well above the national average of approximately 3 percent and continues a trend that has been building for a couple of years. According to NACS’ 2017 State of the Industry report, wages grew by 8.3 percent in 2017 when compared to 2016, and were accompanied by a 9.3-percent increase in health insurance and a 10.3-percent increase in other benefits. Most importantly, the increase in labor expenses outpaced the overall growth in total site-level gross profit of 6.1 percent in 2017 — certainly a troubling trend for any industry or operator.

As the cost of capital increases, and the numerous labor-related problems for retailers continue to mount, a number of experts in the C&G industry are starting to debate if these market forces will finally result in downward pressure on acquisition multiples.

Basic economic theory and history would certainly lead any independent observer to predict that sharply rising interest rates will negatively impact the M&A marketplace and overall market valuations, but it is too early to tell for sure how quickly and how high a data-driven Federal Reserve will raise market interest rates over the next few years.

While no one is expecting the nationwide shortage of qualified workers to turn around anytime in the near future, it is also impossible to know for sure when the upward pressure on the cost of labor will start to abate or advancements in technology will reduce the demand for retail employees.

It is certainly possible the historical market forces that have been driving the consolidation in the industry throughout this decade, such as the strong demand for attractive retail assets, may offset or partially negate these negative trends. It will be interesting to watch as these conflicting market dynamics play out in 2019.

Let’s briefly review some of the larger transactions that have been announced or closed in 2018 and in doing so, we will highlight some of the other important market dynamics that continue to drive and shape the ongoing and active consolidation in the industry. The acquisitions highlighted here also potentially foreshadow the future composition and strategic direction of some of the more active M&A players, other than the obvious choices of 7-Eleven Inc. and Alimentation Couche-Tard Inc./Circle K, in 2019 and beyond.

On Oct. 2, 2018, Marathon Petroleum Corp. (MPC) closed on its $23.3-million merger agreement with Andeavor, which just completed a $6.4-billion acquisition of Western Refining Inc. in June 2017. The combined company immediately became the No. 1 U.S. refiner by capacity and a top five refiner globally, with more than three million barrels per day capacity across 16 refineries located in California, the Midcontinent and Pacific Northwest regions of the U.S.

The transaction also creates a nationwide marketing network that includes approximately 8,800 retail sites that feature various motor fuel brands such as Marathon, Arco, SuperAmerica, Shell, Exxon and Mobil, to only name a few. In addition, Speedway LLC, a MPC subsidiary, owns and operates more than 3,000 company-operated convenience stores in 21 states and prior to this transaction, was the third largest c-store chain in the U.S. MPC has already announced it will convert the newly acquired SuperAmerica convenience store chain to its Speedway brand.

Gary Heminger, the company’s CEO and chairman, has stated publicly that the merger will allow MPC to create a national retail and marketing platform; lead to substantial revenue enhancement and cost-saving opportunities; and permit the company to unlock $1 billion of tangible annual run-rate synergies within the next three years.

This mega acquisition certainly places MPC, and its retail subsidiary Speedway, in a stronger position to compete in the future with the two largest and active M&A players in the C&G industry, 7-Eleven and Alimentation Couche-Tard/Circle K.

MPC’s emphasis on continuing to expand its refining capacity, retail network and midstream assets, and its recent rejection of a stock market activist’s suggestion that the company spin off its retail subsidiary, further highlights the company’s belief in the economic benefits of operating a large and integrated retail marketing and refining organization.

One has to wonder if the recent rumblings in the industry that Motiva, Shell Oil and BP are looking at potentially entering the M&A fray and considering the possibility of reacquiring strategic retail assets in certain geographic areas of the U.S. is being driven by this same thought process, or are these majors at least reconsidering an old paradigm?

Chevron announced at its 2018 Retail Convention that it plans to double-down on retail, will not divest its retail assets, and its newly formed joint venture with Jacksons Food Stores (ExtraMile Convenience Stores LLC) plans to double the number of ExtraMile branded c-store sites in the next 10 years. Chevron’s initiative certainly runs contrary to the retail divestment strategy recently followed by most of the other major oil companies in the U.S.

Global Partners LP completed two transactions in 2018 that are another strong indication that the master limited partnership (MLP) has recovered from its disastrous economic performance in 2016, when Global had a net income loss of approximately $199 million.

These transactions increased its overall retail portfolio and geographic footprint in New England; directed additional motor fuel volume to its terminals in New York and Vermont; and expanded its economies of scale in the purchase of motor fuel and convenience store products. This last point is an especially important factor that is almost always noted as a key economic motivation driving any sizeable acquisition.

EG Group, a United Kingdom-based convenience store retailer, took many experts and established operators in the industry by surprise when the company won the bidding process for Kroger’s convenience store business unit that included 762 stores operating in 18 states for $2.15 billion. After closing on the Kroger transaction in April, EG Group announced in September that it was acquiring TravelCenters of America LLC’s (TA) Minit Mart business for approximately $330 million. The TA portfolio includes 225 retail sites and other related assets.

These two acquisitions by EG Group highlight two important and continuing trends in the M&A market in the C&G industry: Attractive retail assets in the U.S. continue to draw a lot of interest from foreign-based buyers, and private equity firms still believe the fragmented convenience store industry in the U.S. is an opportunistic place to invest their limited capital.

EG Group was formed in November 2016 when TDR Capital LLP facilitated the merger of the France and Benelux based European Forecourt Retail Group (EFR) and Euro Garages, which operated a large chain of convenience store sites in the UK.  EG Group is now a portfolio company of TDR, a private equity firm headquartered in London. The firm has more than $8 billion (euro) in committed capital and specializes in investing in midsized companies in Europe.

TDR made a sizeable investment at the start of 2016 in Euro Garages, with the goal of combining Euro Garages and EFR later in the year. TDR is providing the equity capital and support that EG Group will need to continue to expand in the U.S. and Europe.

Sunoco LP announced in April that the MLP leased 207 company-operated sites in West Texas, New Mexico and Oklahoma to a new company, Cal’s Convenience Inc., which is headed by a former vice president of retail operations for Sunoco LP and Stripes LLC, Jack Whitney. As part of the overall transaction, Cal’s also executed a master commission agent agreement and a sublicense to use the Stripes and Laredo Taco Company brands on a post-closing basis.

From a market prospective, this transaction finalized Sunoco’s strategic decision to almost completely exit from the company-operated class of trade and refocus the MLP’s future M&A activity toward expanding its commission agent and dealer retail network, midstream storage assets, and wholesale and commercial business.

In January 2018, Sunoco also completed the sale of 1,030 company-operated retail sites in 17 states to 7-Eleven for $3.3 billion. This new strategic focus by one of the most active M&A players in the industry was further highlighted when the MLP closed on the acquisition of Brenco Marketing Corp.’s assets in Texas on Oct. 16,, 2018. Sunoco acquired a wholesale distribution business that sells approximately 95 million gallons of motor fuel products to 260 dealer, commission agent and commercial customers and entered into an agreement to lease a bulk plant from the seller.

It is interesting to note: Two MLPs that have been historically active in the M&A marketplace, and should continue to be in the future, are following somewhat different strategies when it comes to growing their retail networks. Global Partners is still looking to grow its company-operated network, while Sunoco has decided this class of trade no longer fits into its long-term strategic plans.

In a move that certainly surprised most industry observers, Jay Ricker, chairman of Ricker Oil Co., announced in September that he had decided to sell his 56-unit chain in Indiana to Giant Eagle, a Pittsburgh-based retailer that operates 410 supermarkets and convenience stores in five states.

The announcement was so surprising because Jay Ricker was considered to be one of the most innovative operators in the industry and his family had operated the business for more than 39 years.  However, as he noted in announcing the sale, when Giant Eagle approached him (and with an eye toward retirement), the offer made too much sense to turn down.

Most importantly, from a market standpoint, this transaction shows proactive buyers that contacting even the best of operators, especially owners that are approaching retirement age, can persuade them to sell their business in a private or non-marketed sale process.

Simply put, not every owner in the C&G industry is interested in selling their company via an investment bank-led bidding process, and many potential sellers realize the existing robust market multiples for assets cannot last forever. This is a theme we constantly mention to our clients when we discuss their desire to grow — i.e., companies can also grow and compete with the bigger M&A players by confidentially approaching their competitors and respectfully exploring the possibility of acquiring their business.

As the industry enters 2019, we still expect M&A activity within the sector to remain strong. We will all have to wait and see if the various headwinds on the horizon start to impact market multiples. 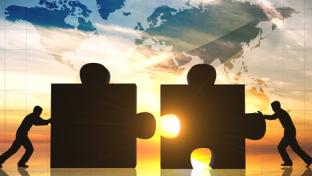 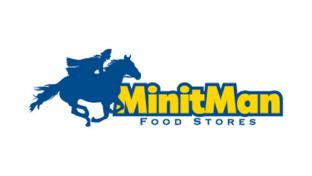 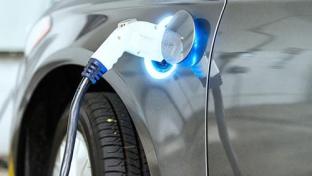 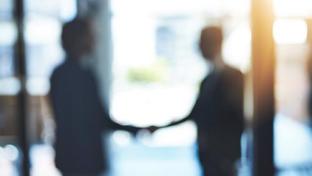 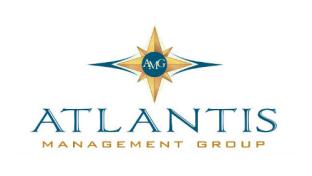