SILVER SPRING, Md. -- The Food and Drug Administration (FDA) is prepping its first youth tobacco prevention campaign, which will launch Feb. 11. The effort, called "The Real Cost," will target at-risk youths aged 12 to 17 who are open to smoking or already experimenting with cigarettes.

"The Real Cost" will run across multiple media platforms, including TV, radio, print and online. The $115-million campaign will continue to air in more than 200 markets across the country for at least one year.

According to the agency, the goal of the campaign is to educate at-risk youths about the harmful effects of tobacco use in hopes of reducing initiation rates among youths who are open to smoking and reducing the number of youths already experimenting with cigarettes that progress to regular use.

"We know that early intervention is critical, with almost nine out of every 10 regular adult smokers picking up their first cigarette by age 18," said FDA Commissioner Margaret A. Hamburg. "Today marks a historic moment as we launch the FDA's first-ever national education campaign to prevent tobacco use among our nation's youth, and we bring to life the real costs that are of the most concern to young people."

"The Real Cost" ads were developed to educate youth about the dangers of tobacco use and to encourage them to be tobacco-free. The campaign uses several social media platforms to create space for teens to engage in peer-to-peer conversations about the issue in ways that are authentic to who they are, according to the FDA.

Supported by the best available science, "The Real Cost" campaign will be evaluated to measure its effectiveness over time. It is the first of several campaigns that the FDA will launch over the next few years. Subsequent campaigns will target additional discrete audiences, including multicultural youths, rural youths, and lesbian, gay, bisexual, and transgender (LGBT) youths.

"The FDA has collaborated with some of the brightest and most creative minds to develop a multimedia initiative designed to make the target audience acutely aware of the risk from every cigarette by highlighting consequences that young people are really concerned about," said Mitch Zeller, director of the FDA's Center for Tobacco Products.

One ad in "The Real Cost" campaign shows the health consequences of smoking such as tooth loss and skin damage to demonstrate that every cigarette comes with a "cost" that is more than just financial. Another ad reframes addiction to cigarettes as a loss of control to disrupt the beliefs of youth who currently think they will not get addicted or feel they can quit at any time, the agency explained.

"The Real Cost" campaign was created with global marketing communication agency Draftfcb and is funded by industry user fees. The Tobacco Control Act authorized the FDA to collect tobacco user fees from manufacturers and importers of tobacco products to implement the law. 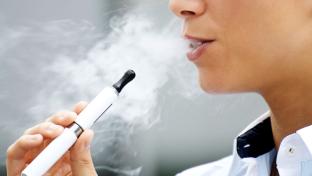 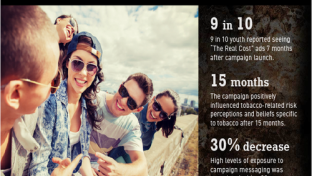 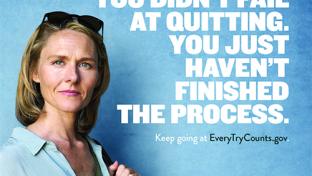