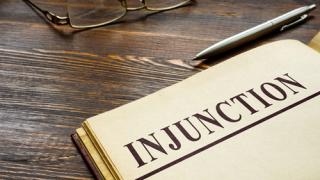 SILVER SPRING, Md. — The Food and Drug Administration (FDA) is taking action against six companies that continue to market vapor products despite previous warnings from the agency that they were in violation of the law.

On Oct. 18, the U.S. Department of Justice (DOJ), on behalf of the FDA, filed complaints for permanent injunctions in federal district courts against the electronic cigarette manufacturers. These cases represent the first time the agency has initiated injunction proceedings to enforce the Federal Food, Drug, and Cosmetic Act's (FD&C Act) premarket review requirements for new tobacco products.

Each of these defendants failed to submit premarket tobacco product applications (PMTAs) for their e-cigarettes and have continued to illegally manufacture, sell and distribute their products, according to the agency.

"Today's enforcement actions represent a significant step for the FDA in preventing tobacco product manufacturers from violating the law," said Brian King, director of the FDA's Center for Tobacco Products. "We will not stand by as manufacturers repeatedly break the law, especially after being afforded multiple opportunities to comply."

DOJ institutes judicial enforcement actions under the FD&C Act in court. The injunctions were filed by the department on behalf of the FDA against the following defendants in their respective U.S. District Courts:

According to the FDA, the companies have continued to market their products even though the agency had previously warned they were in violation of the FD&C Act's premarket review requirements for new tobacco products.

The FDA's prior warnings noted that further violations could lead to enforcement action, including injunction.

Between January 2021 through Sept. 9, 2022, the FDA issued nearly 300 warning letters — to firms that collectively have more than 17 million e-cigarettes listed with the agency — for failure to submit a timely PMTA. After receiving warning letters, a majority of these companies have complied and removed their products from the market, the agency stated.