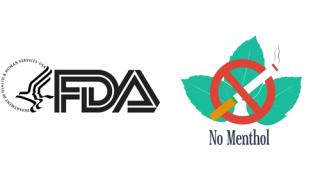 SILVER SPRING, Md. — After facing a regulatory fight at the local and state levels, menthol is now on the federal agenda.

"Banning menthol — the last allowable flavor — in cigarettes and banning all flavors in cigars will help save lives, particularly among those disproportionately affected by these deadly products. With these actions, the FDA will help significantly reduce youth initiation, increase the chances of smoking cessation among current smokers, and address health disparities experienced by communities of color, low-income populations, and LGBTQ+ individuals, all of whom are far more likely to use these tobacco products," said Acting FDA Commissioner Janet Woodcock.

"Together, these actions represent powerful, science-based approaches that will have an extraordinary public health impact," she added. "Armed with strong scientific evidence, and with full support from the administration, we believe these actions will launch us on a trajectory toward ending tobacco-related disease and death in the U.S."

According the agency, there is "strong evidence" that a menthol ban will help tobacco users quit. The FDA pointed to studies that show menthol increases the appeal of tobacco and can lead to regular smoking, particularly among youth and young adults.

One study suggests that banning menthol cigarettes in the United States would lead an additional 923,000 smokers to quit, including 230,000 African Americans in the first 13 to 17 months after a ban goes into effect, the agency added.

"For far too long, certain populations, including African Americans, have been targeted, and disproportionately impacted by tobacco use. Despite the tremendous progress we've made in getting people to stop smoking over the past 55 years, that progress hasn't been experienced by everyone equally," said Mitch Zeller, director of the FDA's Center for Tobacco Products.

"These flavor standards would reduce cigarette and cigar initiation and use, reduce health disparities, and promote health equity by addressing a significant and disparate source of harm," Zeller added. "Taken together, these policies will help save lives and improve the public health of our country as we confront the leading cause of preventable disease and death."

If implemented, the FDA's enforcement of any ban on menthol cigarettes and all flavored cigars will only address manufacturers, distributors, wholesalers, importers and retailers — not consumers who use or possess menthol products.

The Family Smoking Prevention and Tobacco Control Act of 2009 gave the FDA regulatory control over tobacco and any deemed tobacco products. Among its first actions was to remove flavored cigarettes — excluding menthol — from the market.

Since then there have been questions as to the future of menthol.

In a March 2011 report, the FDA's Tobacco Product Scientific Advisory Committee (TPSAC), recommended that removing menthol cigarettes from the market would benefit public health. However, after several tobacco companies challenged the make-up of the TPSAC, and three years after U.S. District Court Judge Richard Leon in Washington, D.C., barred the agency from using the report ordered the FDA to reconstitute the tobacco panel, as Convenience Store News previously reported.

The agency has not made any moves on the issue since that July 2014 ruling. However, the FDA had until today, April 29, to respond in court to a citizens' petition to ban menthol by disclosing whether the agency intends to pursue such a policy.