SILVER SPRING, Md. — The 90-day countdown has ticked down and the Food and Drug Administration's (FDA) deeming rule and its regulations for electronic cigarettes and cigars are now effective.

The agency released the final deeming rule on May 5 and published it in the Federal Register on May 10, starting the countdown. The rule also extends the FDA's regulatory authority to hookah tobacco and pipe tobacco, as CSNews Online previously reported.

The regulations for the newly deemed tobacco products include:

The finalized rule also requires manufacturers of all newly regulated products to show that the products meet the applicable public health standard set forth in the law and to receive marketing authorization from the FDA, unless the product was on the market as of Feb. 15, 2007.

Under staggered timelines, the FDA expects manufacturers will continue selling their products for up to two years while they submit a new tobacco product application — and an additional year while the agency reviews the application.

However, that Feb. 15, 2007 grandfather — or predicate — date has been a sticking point for many in the e-cigarette and vapor industry.

"The bad news is Aug.8 of this year marks the beginning of a two-year countdown to FDA prohibition of 99.9 percent of vapor products on the market. If we do not succeed in changing the FDA's arbitrary predicate date of Feb. 15, 2007, the vapor industry will shrink to almost nothing beginning Aug. 8, 2018," said Gregory Conley, president of the American Vaping Association.

Conley added industry advocates are working on the legislative and legal fronts to change the grandfather date.

In the latest legal effort, TechFreedom and the National Center for Public Policy Research filed an amicus brief in support of the challenge to the FDA's new regulation of e-cigarettes being brought by Nicopure Labs, a manufacturer of e-cigarette liquid.

According to the brief, the FDA's deeming rule fails to consider the scientific evidence readily available to the agency regarding the safety and the public health benefits of e-cigarettes.

"E-cig technology has grown by leaps and bounds since the FDA's arbitrary predicate date in 2007," said Evan Swarztrauber, communications director at TechFreedom. "Setting a standard using technology from nearly a decade ago is absurd and highly stifling to innovation. The FDA should issue evidence-based regulations that address legitimate safety concerns without hindering products that improve consumer health by providing a less harmful alternative, rather than implementing a 'Mother, may I innovate?' approach that's become all too common among regulatory agencies."

Added Jeff Stier, senior fellow at the National Center for Public Policy Research, "Instead of developing science-based standards which would reduce harm, the FDA directly admitted it didn't understand or evaluate the potential benefits or harms of e-cigarettes. Without that science, it relied on the 'precautionary principle' standard, in direct conflict with the evidence-based standard required by Congress." 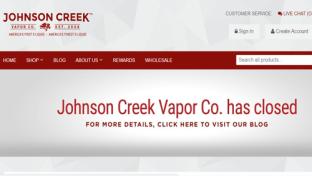