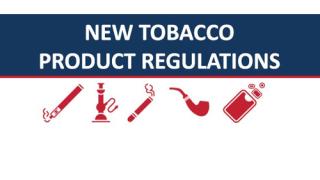 A March 2018 lawsuit challenged the agency's decision to delay deadlines set by the 2016 deeming rule.

GREENBELT, Md. — The Food and Drug Administration (FDA) could begin its regulatory review of electronic cigarettes currently on the market sooner than the agency planned.

On May 15, U.S. Judge Paul W. Grimm of the U.S. District Court for the District of Maryland ruled that the FDA sidestepped its authority when it pushed back deadlines set by its deeming rule.

The agency released the long-awaited deeming rule in May 2016, and the regulations — with spelled out deadlines — included in it went into effect in August of that year. However, one year later the agency said it was delaying the provision requiring manufacturers to submit applications for products on the market as of Aug. 8, 2016, for agency review.

Under the revised timelines, applications for newly regulated combustible products, such as cigars, pipe tobacco and hookah tobacco, would be submitted by Aug. 8, 2021, and applications for non-combustible products such as electronic nicotine delivery systems or e-cigarettes would be submitted by Aug. 8, 2022, as Convenience Store News previously reported.

In March 2018, seven public health and medical groups, and several individual pediatricians filed suit in the U.S. District Court for the District of Maryland challenging the change in deadlines.

Grimm ruled that the FDA's delay gave "manufacturers responsible for the public harm a holiday from meeting the obligations of the law," according to a statement from the groups.

"Instead of addressing public health concerns associated with tobacco use by minors and others, the August 2017 Guidance [which delayed the product review requirement] exacerbates the situation by stating, in essence, that manufacturers can continue to advertise and sell products that are addictive and that target a youth market … at a time when minors' use of tobacco products like e-cigarettes is at an epidemic level and rising," Grimm wrote.

The judge gave the plaintiffs 14 days to tell him what remedial action they want him to order and the FDA 14 days to respond.

"It is now the FDA's responsibility to take immediate action to protect our kids and require manufacturers to apply to the FDA if they want to keep their products on the market, including products like Juul that have fueled the youth e-cigarette epidemic," the groups said.

Gregory Conley of the American Vaping Association said the government "must appeal this ruling" to "protect adult access to less harmful alternatives to cigarettes," according to The Associated Press.

Marc Scheineson, a former FDA official who now advises companies with the law firm Alston & Bird, told the AP that he expects the FDA to argue that it doesn't have the resources to process the flood of applications that industry would submit if the ruling is enforced.

"The courts are clearly pushing FDA — at behest of medical and consumer groups — to step up their regulatory pressure on industry," Scheineson said.