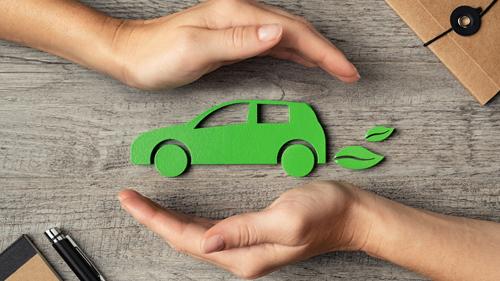 "E15 and higher blend biofuels expand markets for family farmers, support economic growth in rural America and cut down on dangerous pollutants released into the air we breathe," Craig said. "It's long past time that the year-round sale of these renewable fuels was made permanent, expanding the market for lower-cost, lower-carbon fuel choices all across America. I'm proud to work with Rep. Smith on this critical legislation to support our biofuels producers and family farmers, while expanding options at the pump for consumers across the country."

Craig and Smith are co-chairs of the Congressional Biofuels Caucus. Joining them on the legislation are the co-chairs of the caucus, Reps. Cindy Axne (D-Iowa), Rodney Davis (R-Ill.), Dusty Johnson (R- S.D.) and Mark Pocan (D-Wis.).

"I have long championed the uninterrupted sale of E15 to provide consumers consistency in their fuel tank and farmers consistency in their production," Smith said. "Time after time I've introduced legislation to emphasize and reinforce EPA's authority to allow the year-round sale of E15. With the recent D.C. Circuit Court ruling to roll back RVP waivers, it's imperative we clarify congressional intent once and for all: There is no reason E15 should not have the same regulatory relief as E10."

The Senate bill would extend the Reid vapor pressure (RVP) volatility waiver to ethanol blends above 10 percent. It would increase market access and continue to allow retailers across the country to sell E15 and other higher-ethanol fuel blends year-round, eliminating confusion at the pump.

"We must work to diversify our fuel supply and invest in affordable, environmentally friendly solutions for consumers. For the past three years, we've seen that making E15 gasoline accessible to drivers year-round is good for drivers, farmers, and the environment. It's critical that we pass this bipartisan legislation to continue this progress and stay on the path to a greener future," Klobuchar said.

The proposed legislation comes two weeks after the U.S. Circuit Court of Appeals for the District of Columbia said the EPA overstepped its authority in 2019 when it removed the last remaining barriers to selling the 15-percent ethanol blend in the summer months, as Convenience Store News previously reported.

While the court's ruling has not yet taken effect, Craig and Smith's legislation would preempt any restrictions by providing a legislative fix to ensure the permanent year-round sale of E15 and higher blend biofuels.

"We're grateful our congressional champions acted swiftly on behalf of farmers, biofuel producers, and drivers nationwide to introduce the Year-Round Fuel Choice Act," said Growth Energy CEO Emily Skor. "The Year-Round Fuel Choice Act would make permanent the RVP waiver for summertime use of higher blends of biofuels, ensuring consumers have year-round access to a lower-carbon, lower-emission renewable fuel that saves money at the pump. As this country works to address climate change, we must embrace ready solutions that can be implemented today to immediately reduce our carbon emissions in our current auto fleet."

Skor added Growth Energy will continue to support efforts to see the legislation through Congress.

"We salute the leadership of Reps. Craig and Smith for providing a legislative remedy to allow E15 sales to continue unencumbered after the court rejected EPA's regulatory waiver," said Geoff Cooper, president and CEO of the Renewable Fuels Association. "The ethanol industry, fuel retailers, and drivers themselves deserve clarity and consistency, and E15 is an American-made low-cost, low-carbon solution our country needs right now. Increasing drivers' access to higher-level blends like E15 remains a top priority for RFA, and we are committed to working with leaders in Congress and the administration to make that a reality."

The American Coalition for Ethanol (ACE) also stands behind the proposed legislation.

"Given the sense of urgency to ensure uninterrupted availability of E15 year-round in all parts of the country we are enormously grateful for the tremendous leadership of Reps. Craig, Smith and others by introducing this legislation to clarify the statute in the wake of the unfortunate decision from the D.C. Circuit Court," said ACE CEO Brian Jennings, adding that since 2019, E15 adoption at retail sites has almost doubled with nearly 2500 locations.