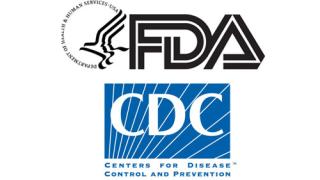 SILVER SPRING, Md. — The Food and Drug Administration (FDA) and the Centers for Disease Control and Prevention (CDC) are teaming up with state and local health officials as states report cases of respiratory disease associated with the use of electronic cigarettes and vapor products.

The multi-agency investigation came on the heels of news out of Illinois that an adult patient died after being hospitalized with a severe respiratory illness after using an e-cigarette product.

"We are working closely with state and local health officials to investigate these incidents as quickly as possible, and we are committed to taking appropriate actions as a clearer picture of the facts emerges," said Acting FDA Commissioner Norman Sharpless.

According to the FDA, 215 possible cases were reported in 25 states as of Aug. 27 and additional reports of pulmonary illness are under investigation. States are completing their own investigations and verifications of cases based on CDC's recently released standardized case definition.

"While some cases in each of the states are similar and appear to be linked to e-cigarette product use, more information is needed to determine what is causing the respiratory illnesses," Sharpless said, noting symptoms include breathing difficulty, shortness of breath, and/or chest pain before hospitalization.

He added that in many cases, patients acknowledged using e-cigarette or vapor products containing THC.

Though the cases appear similar, the FDA said it is not clear if these cases have a common cause or if they are different diseases with similar presentations.

As part of the investigation, the FDA and the CDC are consulting with state health departments. The agencies are also working to standardize information collection at the state level to help build a more comprehensive picture of these incidents.

Information being collected includes the brand and types of e-cigarette products, whether any of the products that would fall within the FDA's regulatory authority, and where they products were obtained.

"As this investigation continues, our agencies remain committed to working as quickly as possible, in collaboration with our state and local public health partners and the clinical community, to find out as much as we can about these cases and potential causes and communicating with the public about these efforts to protect and promote the public health," Sharpless said.

"Our ongoing oversight and educational efforts related to e-cigarettes is critical to our public health mission and, especially, to protecting youth from the dangers of nicotine addiction and tobacco-related disease and death," he added.