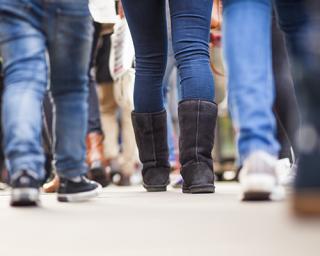 NATIONAL REPORT — Long the king of corners, convenience stores in recent years have been finding it more challenging to get consumers onto their lots and into their stores.

If you take pump transactions out of the equation, it’s likely c-stores are experiencing declining foot traffic, as 74 percent of shoppers get gas and never enter the store, according to recent research unveiled by NACS and the Coca-Cola Retailing Research Council (CCRRC).

When asked why they didn’t enter the store in the CCRRC/NACS study, 74 percent of respondents said it was because they didn’t need anything inside. This opens up a world of opportunity for c-stores to boost traffic, according to industry experts, with ideas ranging from simple signage and cleanliness, to more complex cloud-based and mobile solutions.

“It’s about adapting to change,” Jeff Hoover, c-store data strategist for Paytronix, a loyalty and mobile marketing provider, told Convenience Store News. “I wouldn’t say that foot traffic at all c-stores is down over the recent history. However, the ones feeling the impact the most are those that have not met changing consumer needs and expectations by improving the in-store experience and product offerings.”

The good news for c-store operators is that there is no shortage of avenues to boost traffic:

Therefore, c-stores should be using messaging and imagery at the pump to show the needs that can be met inside the store, according to the conclusions of the Coca-Cola/MFour Convenience Retail Lot to Visit Conversion research.

2. Take Pride in Your Appearance

If you want fuel customers to venture inside the store, ensure you have good lighting, clean restrooms, rewards and an overall inviting atmosphere. The top purchase motivator named by shoppers, according to Coca-Cola/NACS research, is overall store appearance — lighting, cleanliness, maintenance (68 percent) — followed by rewards for food and drink purchases (62 percent), and indoor restrooms (56 percent).

3. Go Foodie on Them

C-stores that don’t have a foot-traffic problem probably don’t have a food problem either. In other words, one consistent area of focus for c-stores doing well with in-store shopper traffic is foodservice offerings that are fresh and appetizing, as well as convenient. “Brands like Wawa and Sheetz have placed a lot of focus on foodservice platforms that are more similar to quick-serve or fast-casual restaurants,” noted Paytronix’s Hoover.

Ravi Panjwani, vice president of product management and marketing for Brother Mobile Solutions, agrees that the perception of improved food quality and variety has increased over the past five years and big draws now include “highly portable foods and healthier snacks — in particular, refrigerated ones that customers perceive as fresher — along with a variety of beverages, from premium coffee to infused water to energy drinks.”

All kinds of retailers are using loyalty and rewards programs to engage their guests and learn more about their behavior. Some of the most successful c-store loyalty programs have participation rates of nearly 50 percent, according to Hoover.

“While value-driving merchandising will always have a place to lure customers into the store, loyalty programs enable a new level of intimacy that can be used to target your best customers with relevant personalized offers that can drive more visits and spend, but with less chance of subsidizing their existing behavior,” he told CSNews. While the published components of a loyalty program are critical to drive participation, c-stores “can truly differentiate and drive more profits by focusing on customer segmentation and targeted offers.”

According to PDI’s 2019 C-Store Shopper Report, 73 percent of c-stores in the U.S. participate in a loyalty program of some kind. “C-store operators will benefit from a loyalty program that turns casual shoppers into frequent customers,” said Brandon Logsdon, president and general manager, Marketing Cloud Solutions at PDI. “And what motivates consumers to join a loyalty program? For 55 percent of loyalty members, it’s fuel savings, earning rewards they can redeem for fuel savings.”

5. Move Them In With Mobile

Wawa is one c-store chain that’s tapped into mobile ordering with limited grab-and-go items. Mobile apps that enable customers to order food ahead of time for pickup are becoming more mainstream. Loyalty programs can be paired with these apps and data analytics to provide the vehicle for delivering customized coupons and discounts, Panjwani explained.

“Mobile techniques, such as geofence messaging and targeted push notifications for personalized offers, are another clear way for retailers to differentiate, especially with the younger consumers,” Hoover added. “Imagine hitting customers with a text message to remind them of a fuel discount or other reward when they’re in a one- to two-mile radius from your store, or a push notification when a typical gas-only customer is at the pump for a free drink.”

PDI’s Logsdon agrees that consumers want a convenient and faster way to track and redeem rewards. “That’s why 52 percent of loyalty members prefer using a mobile app for tracking and redemption,” he said. He advises c-store operators to invest in a “robust mobile app with easy-to-use features and streamline the entire redemption process. Better yet, they should leverage omnichannel marketing for real-time message delivery that will connect them with members and customers wherever — mobile app, website, social media — they are.”