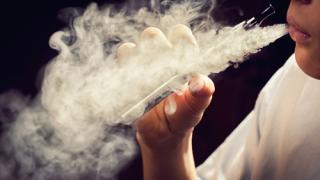 HONOLULU — Plans to make Hawaii the first state to enact a statewide ban on flavored electronic cigarettes and tobacco are on hold.

The Hawaii House of Representatives Committee on Finance deferred the bill on Thursday, April 4. As a result, the measure did not meet an April 5 deadline to move to the full House during the current legislative session, the Honolulu Star Advertiser reported.

If approved, the bill would have prohibited the sale of cigarettes, tobacco products, electronic smoking devices or e-liquids that are in violation of federal Food and Drug Administration labeling requirements or that market toward children.

It also would have banned the sale of flavored tobacco products, except for menthol or mentholated products, and prohibited mislabeling of e-liquid products containing nicotine.

The proposed legislation was aimed at reducing e-cigarette and vapor use by underage users, as Convenience Store News previously reported.

Rep. Chris Todd (2nd District) said he thought his colleagues would support a flavor ban if they had hard evidence it would be effective. To consider the measure again next year, lawmakers would need data on where people get their electronic cigarette products, be it online or from local retailers, he added.