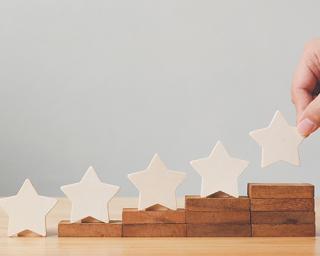 NEWARK, N.J. — Generating incremental sales gains from inside the convenience store is getting harder every year. According to the latest Convenience Store News Industry Report, inside sales growth declined from a solid 3.8 percent in 2016, to a barely adequate 2.1 percent in 2017, to a disappointing 1.6 percent in 2018.

While 2019 sales results are yet to be finalized, it appears that most categories — with the exception of other tobacco products (OTP) and salty snacks — are barely meeting, or falling below, the previous year’s growth rates, according to CSNews’2019 Midyear Report Card.

So, if c-store retailers want to be successful in 2020, they will need to optimize the performance of the few product categories that are poised to have a big year.

Here are CSNews’ picks for the six categories that will shine the brightest in 2020:

Within the fast-growing foodservice category, hot, cold and frozen dispensed beverages have tended to underperform in comparison to prepared foods over the past few years. In 2020, though, CSNews foresees improved technology driving increased sales of smoothies, cold brew beverages, shakes and frappes in the convenience store market.

Today’s cold vault looks nothing like the cold vault of three, four or even five years ago. Once dominated by two or three brands of carbonated colas, today’s cold vault doors are filled with a rainbow of different colors, flavors and beverage types.

The Coca-Cola Co., for example, unveiled more than 20 new beverages at the 2019 NACS Show, held in October. One of the most ballyhooed introductions is Coca-Cola Energy, the first energy drink under the Coca-Cola brand. This, along with the successful launch of Bang Energy drinks to the cold vault, plus new entrants Reign and Adrenaline Shoc, and the still-powerful Red Bull promises to keep the energy drink category lively and growing in 2020.

The sports drink category has a potential strong newcomer in BODYARMOR, as consumers are increasingly drawn to “super” hydration. Sports drinks, as well as bottled water, packed with electrolytes, vitamins and minerals are all the rage, in both still and sparkling versions.

Meanwhile, kombucha and ready-to-drink teas are expected to continue performing well, forcing retailers to make tough choices in allocating the space in their cooler doors.

Growing consumer demand for “clean labels” and “transparency” in packaged foods is affecting the snacking industry, according to a recent Packaged Facts report. While these terms are subjective and vary in priority from consumer to consumer, they generally mean consumers are:

Sheetz Inc., among others, has begun selling CBD products in select stores; convenience channel distributors, such as McLane Co. Inc. have begun highlighting them; and NACS, the trade association for the c-store industry, devoted significant floor space at its 2019 show for CBD product exhibitors.

In CSNews’ special “How To” series on CBD, published last year, Brightfield Group predicted the market for CBD-infused products will grow to $23.7 billion through 2023. Meanwhile, Nielsen projects legalized cannabis sales in the U.S. to reach $41 billion by 2025, although it acknowledged that most retailers and CPG companies are still in the early stages of learning about this market. Nevertheless, those are huge potential markets, too good to pass up for smart convenience store retailers.

Fried chicken has emerged as a signature item at several c-store chains across the country, providing a point of differentiation from many competitors.

Savannah, Ga.-based Parker’s is noted for its award-winning Southern-inspired food that includes freshly made Southern fried chicken. Mid-Atlantic c-store chains Royal Farms and High’s of Baltimore are also well-known for their signature hand-breaded chicken. In the past year, York, Pa.-based Rutter’s enhanced its already copious foodservice menu by adding “No Antibiotics Ever” chicken to all its stores, and Kwik Trip — in one of the company’s most significant investments ever made in its stores —introduced fresh fried chicken.

Expect more c-store chains to take advantage of the popularity of chicken in 2020.

Despite the national crackdown on youth vapor use, the alternative tobacco products category, particularly oral nicotine products and other non-combustible products, should be a bright spot in the overall tobacco business in 2020. In a recent earnings call, Altria Group Chairman and CEO Howard Willard said he believes that in the next decade, non-combustible products can surpass combustibles as the preferred choice among adult tobacco consumers.

Verbatim comments in the survey back that up. “This will be THE way consumers will get nicotine in the future. It is not tied to tobacco, and consumers are looking for these items in our stores,” said one survey participant. Another predicted: “Hugh growth. The ability to control nicotine consumption in an easy-to-understand manner is a big plus. So is it being tobacco-free."