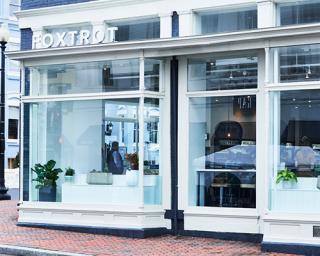 CHICAGO — Foxtrot plans to open four new convenience stores within the District of Columbia, Maryland and Virginia (DMV) region by the end of 2022.

This expansion will mark the convenience store chain’s entry into Maryland, with its first store in the state debuting at the Bethesda Row shopping and dining destination.

The addition of these four stores will double Foxtrot’s footprint in the DMV region, bringing its total store count to eight. The retailer currently has locations in Georgetown, Mount Vernon Triangle and Dupont Circle in D.C., and Old Town Alexandria in northern Virginia.

The expansion will also extend Foxtrot’s delivery range, bringing its 30-minute delivery to more customers in the region. The retailer aims to “redefine convenience for the modern consumer” by marrying the best of neighborhood retail and e-commerce technology. Customers can place an order via the Foxtrot App or website for 30-minute delivery or 5-minute store pickup.

Foxtrot’s further push into the DMV region comes as the Chicago-based company marks one year in the D.C. market, having opened its first store in Georgetown in March 2021, and follows the brand’s Virginia debut in Alexandria earlier this month.

This summer, Foxtrot will open its fourth Washington, D.C. location on 14th Street in Logan Circle, and its fifth D.C. location will be a smaller grab-and-go focused store in Farragut Square that will cater to the city’s downtown workers returning to offices this year.In early fall, its second northern Virginia location is slated to open in Rosslyn at The Highlands.

In January, Foxtrot announced that the company closed $100 million in new Series C funding, bringing its total funds raised to $160 million. The retailer intends to use this capital to reach its goal of opening 50 new stores over the next two years.

There are currently 18 Foxtrot locations across Chicago, D.C., Virginia and Dallas. In addition to its DMV region expansion, the retailer will make its debut in Austin, Texas this year.

In 2023 and beyond, the company plans to continue growing in its current regions and has its sights set on entry into new markets, including New York, Nashville and Miami.

With each of its stores, Foxtrot’s goal is to create dynamic, community-driven spaces unique to the neighborhood. Each site is uniquely designed while still supporting the brand’s day-to-night atmosphere and incorporating signature design elements such as:

Foxtrot not only takes a localized approach to design, but also merchandising. In the DMV region, its locations carry more than 175 local products from over 50 local makers.

The company also supports local makers and fosters diversity through its Up & Comers awards, an annual program designed to catalyze the growth and success of small businesses. This year’s program has a dedicated focus to finding and nurturing female and femme-identifying entrepreneurs. Foxtrot currently carries more than 100 women-owned brands, which includes 450-plus SKUs.