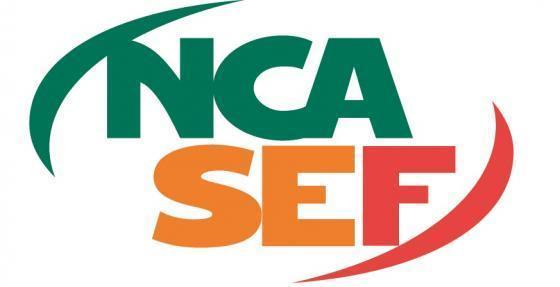 The National Coalition of Associations of 7-Eleven Franchisees (NCASEF), the umbrella organization for 41 local franchise owner associations, is calling on 7-Eleven Inc. (SEI) to recalibrate the terms of their current Franchise Agreement to better support their owner/operators.

Among other challenges, franchisees in many markets say overnight sales barely cover their cost of labor. With the shortage of available workers, franchisees will be forced to cover the shifts themselves, causing stress to their health and families, NCASEF argued.

Even with SEI's newly enhanced worker recruitment tool, franchisees say it is hard to compete with other retail companies or delivery services on wages, benefits and flexibility, the association continued.

"We are already feeling the squeeze. The 7-Eleven Franchise Agreement allows the corporation to keep more than 50 percent of the gross profits of each sale. As labor and other direct store operating expenses keep increasing, franchisees are earning less and working more," said NCASEF Executive Vice Chairman Michael Jorgensen. "One possible remedy for franchisees is to raise retail prices, but that creates a competitive disadvantage in the marketplace, which can adversely affect sales and profits."

According to Jas Dhillon, treasurer for NCASEF and a Los Angeles-area 7-Eleven franchisee, SEI's fresh foods initiative, which follows a broader emphasis in the convenience store industry, creates a demand for more labor.

"7-Eleven wants to be a place that customers think of for fresh food, but our Franchise Agreement is based on a convenience store model, not a quick-service restaurant model," he said. "The structure of the agreement is flawed. We need a contract that makes this model workable and profitable for franchisees."

After 7-Eleven franchisees in Japan complained about the difficulty of staying open 24-hours, the Japan Fair Trade Commission published a report suggesting that mandating 24/7 operations could run afoul of the country's anti-monopoly law by "abusing a superior bargaining position."

Jorgensen also noted that nearly half of the 7-Eleven stores in the U.S. sell gasoline, allowing SEI to make record profits on gas while franchisees get a set commission of 1.5 cents per gallon. Plus, store employees have to maintain the area around their gas pumps.

The point was underscored in a recent report from U.S. Sen. Catherine Cortez Masto of Nevada, which examined deceptive practices in the franchising industry, noting, "Gasoline acts as a loss leader for franchisees and can fail to cover the cost of gas operations."

"Because of today's extremely tight labor market, many franchisees will struggle to safely maintain a 24-hour schedule, and the company needs to acknowledge that," said Jorgensen. "Franchisees have nowhere to turn except to 7-Eleven for relief from crippling labor conditions and unfair contractual terms. The corporation knows the pressure we are under, and their recent public statements mischaracterize the truth about franchisee income."

In a statement to Convenience Store News, SEI said that it remains focused on supporting and promoting franchisee profitability, safety and success, noting that since the start of the pandemic last year, it has provided franchisees with more than $173.5 million in investment, savings and support as they own and operate essential businesses on the frontlines of their communities.

"In 2020, average franchisee gross income remained at an all-time high. In fact, 7-Eleven's support of its franchise business owners has led to franchisees generating over 21 billion in gross income for their businesses over the past 10 years. The 7-Eleven gross profit split model ensures that 7-Eleven as a franchisor remains very focused on supporting franchisee profitability," the company concluded.

Based in Universal City, NCASEF was founded in 1973 and is comprised of 41 Franchise Association members who represent more than 4,400 7-Eleven stores in the U.S.

Irving, Texas-based 7-Eleven operates, franchises and/or licenses more than 72,800 stores in 17 countries, including 12,000 in North America.