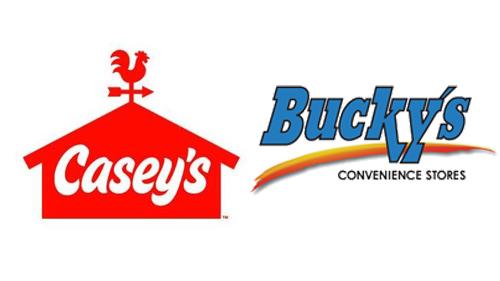 According to the complaint filed by FTC, Ankeny-based Casey's — which operates more than 2,200 c-stores across 16 states — acquisition of Buck's Intermediate Holdings LLC, owner of Bucky's Convenience Stores, would violate federal antitrust law.

In November, Casey's reached an agreement to acquire Omaha, Neb.-based Bucky's, in an all-cash transaction for $580 million. Founded in 1980 as a family-owned and -operated business, Bucky's operates primarily in Illinois and Nebraska.

The deal will include 94 retail stores and 79 dealer locations, as well as multiple parcels of real estate for future new store construction, which will increase Casey's footprint to more than 2,300 stores, as Convenience Store News previously reported.

The FTC alleges that the proposed acquisition would harm competition for retail sale of gasoline in seven local markets in Nebraska and Iowa, in addition to the retail sale of diesel fuel in four of those markets.

The complaint also alleges that without a remedy, the acquisition would reduce the number of competitors to three or fewer in the markets.

Under the terms of the proposed consent order, Casey's is required to divest six retail fuel outlets — three Casey's sites and three Bucky's sites — to Western Oil II LLC and its affiliate, Danco II LLC, within 10 days after Casey's completes the acquisition.

In addition to the divestiture, FTC's proposed order:

According to analysts from Jeffries Financial Group Inc., Casey's long-term unit growth strategy will not be negatively impacted by the proposed order.

"[Casey's] already conducts market concentration evaluations as part of its site selection process, giving us reason to believe neither the company's [merger and acquisition] pipeline nor its new build plans will see longer completion timelines or altered geographic priorities as a result of the FTC's decision," the analysts said.