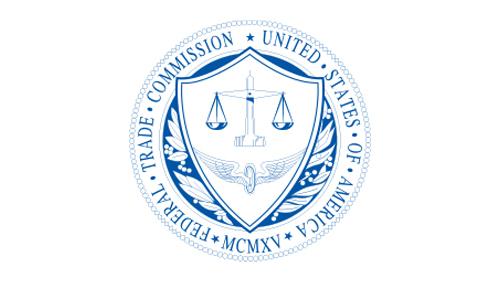 IRVING, Texas — The year's largest acquisition to date closed on May 14, but it may be not have had the blessing of the Federal Trade Commission (FTC).

"We have reason to believe that this transaction is illegal under Section 7 of the Clayton Act and Section 5 of the Federal Trade Commission Act, raising significant competitive concerns in hundreds of local retail gasoline and diesel fuel markets across the country. In many local markets, the transaction is either a merger-to-monopoly or reduces the number of competitors from three to two. With the support of a majority of commissioners, the commission can and routinely does challenge these harmful mergers," they said in the joint statement.

According to Slaughter and Chopra, the FTC "has spent significant resources investigating this transaction but has not yet come to an agreement" with MPC, 7-Eleven, its parent company, and a majority of the commission to fully resolve the competitive concerns.

"Seven and Marathon's decision to close under these circumstances is highly unusual, and we are extremely troubled by it," the statement added. "The parties have closed their transaction at their own risk. The commission will continue to investigate to determine an appropriate path forward to address the anticompetitive harm and will also continue to work with state attorneys general."

"Throughout its thorough evaluation of the transaction, Marathon Petroleum and 7-Eleven worked very cooperatively over many months with the U.S. Federal Trade Commission (FTC) and its staff and will continue to do so going forward," Findlay, Ohio-based MPC stated.

Irving-based 7-Eleven said it is disappointed by the FTC's statement. "To be clear, 7-Eleven was legally allowed to close on the Speedway transaction today and statements or implications to the contrary are false," it said in a statement.

The settlement agreement was reached at the end of April.

"We were informed that the FTC staff, including leaders in the Bureau of Competition, recommended that the FTC commissioners approve that settlement. In other words, a settlement resolving the purportedly illegal aspects of the 7-Eleven/Speedway transaction has already been negotiated and the commissioners have already reviewed it," the retailer said.

However, according to 7-Eleven, Slaughter and Chopra indicated that they wanted more time to review the settlement agreement on May 11.

"7-Eleven took the request very seriously, but such a last-minute delay would have created enormous disruption to the lives of our new colleagues at Speedway and to the business," the retailer said. "Given that there was no legal basis for such a delay and given that 7-Eleven was abiding by the negotiated settlement agreement, we closed [May 14] on schedule."

In its statement, 7-Eleven said it modified its timing agreement with the FTC staff four times: on Feb, 2, Feb. 19, March 22, and April 9.

"All of the extensions were at the request of FTC staff. The final April 9, 2021 extension made clear that 7-Eleven planned to close today and yet Acting Chairwoman Slaughter and Commissioner Chopra waited until May 11 to request that 7-Eleven delay its closing," 7-Eleven said.

"7-Eleven values the cooperative relationship that it has developed with the FTC staff and applauds them for their hard work and commitment in reviewing the Speedway transaction. 7-Eleven will continue to work with them to ensure that 7-Eleven meets its obligations under the negotiated settlement," the retailer said, "In the meantime, we are thrilled to welcome Speedway into the 7-Eleven family."

In all, 7-Eleven operates, franchises and/or licenses nearly 77,000 stores in 16 countries and regions, including nearly 16,000 in North America.