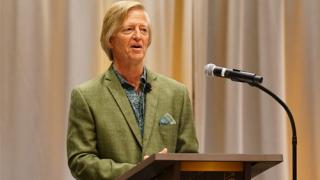 DES MOINES, Iowa — As the convenience channel finds its way out of the pandemic-driven struggles of the past 21 months, the industry will no doubt find itself looking to up-and-coming young leaders to help pave the way.

Convenience Store News recognized 25 rising stars who are ready to bring convenience and fuel retailing to the next level at its 2021 Future Leaders in Convenience (FLIC) Summit, held Nov. 11 in Des Moines. The fourth-annual event honored the largest class of FLIC winners yet. Recipients are young convenience retailer leaders (aged 35 and under) who are poised to be at the forefront of the industry's future.

The program's goal is to celebrate and help develop the next generation of convenience store industry leaders by recognizing the achievements of a select few emerging leaders, while providing a forum for talented young businesspeople to hone their leadership skills.

Delivering the opening address of the summit, Matt Domingo, senior director of external relations for Reynolds Marketing Services Co. — the founding and presenting sponsor of Future Leaders in Convenience — told this year's honorees that they are not only leaders for themselves but also, more importantly, for others.

According to Domingo, there are several attributes that make a good leader:

"Generally, I always follow people who are good humans and want to do right by themselves and others around them," the Reynolds executive added.

He noted that it is OK to acknowledge that you don't know something, and recalled how "eye-opening" this lesson was when he first led a team. What is important is to follow up and get the answer, he said.

Taking risks and making tough decisions are also key attributes for leaders. "Don't be afraid to do what’s best for you," he said. "It's OK to 'do you' and do what you want to do in life. You have to stay true to that and sometimes, that comes with making a tough decision."

He also advised the FLIC honorees to lend a helping hand and offer advice not only to their direct reports, but also other colleagues around them.

"Now, more than ever, a lot of people are struggling coming through the pandemic. The way we work has changed; a lot of us went virtual. We made some pivots and you have people dealing with it in very different ways and fashions. Take the extra couple of minutes to check in," he said.

As a final piece of advice, Domingo pointed out that building a career foundation with diversified roles helps make more well-rounded leaders. Echoing advice from his grandfather, he added: "Never say no to an opportunity to do something new."

Keynote speaker Roy Strasburger, CEO of StrasGlobal and a fourth-generation retailer, spoke to the attendees about how it is an honor to be named a future leader in convenience, but it is more important that the people they work with recognized them and nominated them for this honor.

"I don't want to put too much pressure on you, but you have now been designated as the leaders who will solve all the problems in the retail world in the next few years," he told the honorees. "Pandemics, labor shortages, product shortages, increased competition, inflation, changing demographics, channel blurring, and climate change — just to name a few."

To be a leader, one needs to have a full view of what is going on. "It is impossible to improve your company or your industry if you don't understand it as a whole," Strasburger said, advising the future leaders to study the industry and understand its history, the players, what worked and what didn't work, and why.

"The bottom line is if you don't know the rules, you can't break them," he said.

Future leaders should get to know people from different part of the industry. They should network, get involved, and stay in touch, according to Strasburger.

He also advised the honorees to try new ideas and not be afraid of change — even suggesting that they keep a folder with ideas they want to try in the future.

While he doesn't agree with the notion that failure is good, Strasburger acknowledged that there are lessons to be learned from failure. "If you never fail, you weren't pushing boundaries," he said. "Try to avoid, but don't let fear of failure hold you back."

Big picture, he offered six key pieces of advice to emerging leaders in the industry:

"We are all young enough to still create whatever legacy we want," Strasburger said. "It doesn't have to be financial or even tangible. It could be as much or as little as someone saying 'Roy was a good and fair person' when I wasn't standing in front of them."

The 2021 FLIC Summit also brought together former and current Future Leaders in Convenience honorees for a panel discussion. According to the panelists, when it comes to finding future leaders in your company, it's important to identify them and nurture them.

As a 2020 FLIC honoree, Shelby Clayton, store operations supervisor at Casey's General Stores Inc., said she will bring anyone along with her on the journey if that is what they want. "Tell me where you want to go and I will help you get there," she said.

Fellow 2020 FLIC honoree Lisa Ham, director of merchandising and space planning at Yesway, said she believes in playing on everyone's strengths. "When fostering new leaders, empower those closest to the work to do the work you hired them do," she explained.

Ryan Razowsky, president of Rmarts LLC and a 2020 FLIC honoree, echoed that it starts with identifying everyone's strengths within the organization. However, he admitted that Rmarts "had an easy time identifying leaders, but struggled with showing them the path forward."

As result, the convenience store chain underwent a reorganization to create a visual path — putting a strong emphasis on assistant managers and showing them the way toward becoming managers and district managers, for example.

Fostering future talent goes beyond the annual performance review process, added 2021 FLIC honoree Jasmine Strubel, category analyst at Yesway. "Every organization should make it a priority to nurture the next set of leaders," she said.

As for her advice for those looking to further their careers in the convenience channel, Strubel said they should not be afraid to ask questions. "Be a sponge. Soak up every opportunity you have," she urged. "Be bold and recognize no path is the same. Just because it is not a vertical move doesn't mean it's not valuable."

Success and leadership start in the small places, Razowsky noted. "If you can build success, drive execution, [and] build loyalty and people skills, then those successes go on as you move up the ladder, he said.