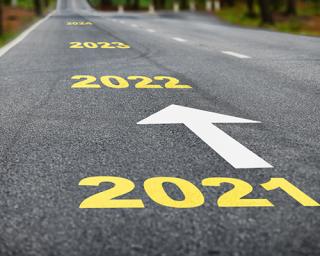 NATIONAL REPORT — Ten years ago, Convenience Store News published its first Top 20 Growth Chainsreport. It came one year after Big Oil began its exit from the convenience channel, leading to a flurry of merger and acquisition (M&A) activity that has done anything and everything since, but slow down.

Ken Shriber, managing director and CEO of Chappaqua, N.Y.-based Petroleum Equity Group, characterizes the past decade of M&A in the c-store industry as "a whirlwind of transaction and aggressive consolidation," initially spurred by major oil companies, like Shell, ExxonMobil and BP, exiting the direct-served business.

In previous years, many of CSNews’ top growth chains reached the No. 1 spot through major acquisitions. Today, however, opinions vary on whether there are any big deals left to be made — some experts are skeptical, while others expect the large chains to begin feeding on one another.

With Irving, Texas-based 7-Eleven Inc. preparing to close on its $21-billion acquisition of Enon, Ohio-based Speedway LLC, Shriber believes other major acquisitions are not likely for the foreseeable future, unless activists take a run at Ankeny, Iowa-based Casey's General Stores Inc. or San Ramon, Calif.-based Chevron. Instead, he sees industry growth coming in other forms.

"For existing owners or operators, the growth is in the ability to increase rent, consumer-based technologies, and in more expansive foodservice," he said. "On the M&A front, it will be in acquisitions of smaller chains with store counts in the five to 30-plus range, which is where we put our focus.”

Dennis Ruben, executive managing director of NCR Realty & Capital Advisors LLC, likewise doesn't see many plausible large deals in the pipeline, noting that among the big players left are family-owned and -operated businesses or privately held companies that have shown no interest in selling.

"Although some of the latter operators have grown by acquisition, most have grown organically," he said. "Looking ahead, I think a lot more growth will be organic vs. acquisitions, especially expanding into new or competing markets."

On the buyer side, the industry's consolidation will continue to be much more dominated by the larger players than the small to midsize marketers for the foreseeable future, according to John Flippen Jr., managing director of Petroleum Capital & Real Estate LLC (PetroCapRE).

Midsize operators do have opportunities to expand through acquisition, but Flippen said it's not through the professionally marketed sites. Rather, it's through local competitors and generational changes taking place at fellow operators in their market.

"You have to be ready and take advantage of it if you can," he said.

Mark Radosevich, president of PetroActive Real Estate Services LLC, also sees room for small operators and midsize chains to grow. "Midsized companies will grow through acquisitions of smaller companies that fall below a threshold of size for the big players, or are located in areas where the big guys don't have critical mass," he predicts.

With all the movement at the top, the industry’s small operators may be feeling left out.

"Small chains will increasingly find it more difficult to compete with large firms. Midsize chains with 70 to 100-plus sites are firmly entrenched and can compete at the street level and attract lucrative deals from fuel suppliers, so they have a favorable outlook as long as they remain competitive with their facilities, food offerings, technology, loyalty, etc.," Shriber said.

Terry Monroe, president of American Business Brokers & Advisors, predicts that smaller, family-owned operators that keep their costs down will stay in business, but midsize chains will eventually have to merge with a larger operator or sell.

"I have had many discussions where I will consult with a midsize operator and explain to them [that] in order for them to continue in business, they are going to have to spend so many millions of dollars to be able to compete going forward," he said. "Their choice is either spend the money to compete, sell out and make a profit now, or attempt to stay in the game and watch their market share erode away as the larger chains begin to encroach into their marketplace. This may sound brash, but it is the reality of the business and it will continue."

Monroe compared the current trajectory of the convenience channel to Walmart's effect on local retailers, noting that increased competition has prompted c-stores to grow in size in order to sell more merchandise to make the same amount of money.

"The size of the store moved up to 3,000-3,500 [square feet], and now it just keeps getting bigger," he said. "So, we will have big, supersized convenience stores, mom-and-pop convenience stores, dollar stores. The larger chains of stores get better deals from their vendors, which puts the smaller chains in a bad place to begin with, so they are struggling from the outset with having to pay more for their products."

Ken Currier and Aaron Cutler, principal consultants at Gilford, N.H.-based C-Store Investments LLC, which focuses on smaller companies that have good locations, echo that most of the selling activity over the next several years will be around small operators and midsize chains.

"Many of these operators have developed a network of stores over the past 15 to 20 years and are now looking to exit. We also are working with buyers who are expanding their network through the acquisition of smaller chains, or are developing new-to-industry locations," they said.

Many smaller operators are opting to sell vs. making the large capital investments required for future sustainability, Currier and Cutler noted. Strong pricing, buoyed by low interest rates, strong margins and competitive bidding, is also influencing the decision to sell.

By and large, as the industry consolidates more and more, it is going to get harder for small to midsize operators to compete for multiple reasons, the way Ruben sees it.

"[Smaller operators] don't have the buying power that big players do, the marketing power and most times, there is the issue of having to get financing from the bank, which larger players do not need to do," he said. "On the other hand, there are players who have found a niche and who understand their customers, and therefore have a stronghold on market share."

Looking longer term, convenience retailers will have to contend with the lasting impact of the COVID-19 pandemic, the effects that the new administration will have on business, and how the new work-at-home setting will change fuel sales and in-store foot traffic.