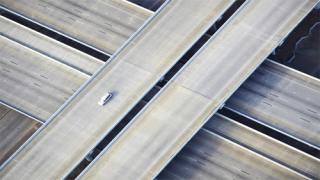 NATIONAL REPORT — Gas demand continues to plummet across the United States as Americans are urged to stay home at least until the beginning of May.

On the week, pump prices continued to push less expensive with gasoline demand registering at its lowest point since 1993. The national gas price average of $1.92 is nine cents cheaper than a week ago, 48 cents less than a month ago and 81 cents less expensive than a year ago.

"This week, market analysts are watching crude oil prices, which started to increase at the end of last week," said Jeanette Casselano, AAA spokesperson. "However, given the low demand readings, increases in crude aren’t likely to have an impact on gas prices in the near-term."

On the week, gas prices are seven to 16 cents cheaper. In the region, all state averages are less than $2 per gallon, with six Great Lakes and Central States landing on the top 10 list for least expensive averages: Wisconsin, Ohio, Kentucky, Michigan, Indiana and Iowa.

South and Southeast state gas price averages pushed cheaper by six to 10 cents on the week. Arkansas and Mississippi saw the largest declines in the region at a dime. Today, regional averages range as low as $1.48 in Oklahoma to a high of $1.90 in Florida.

As gas prices are expected to push cheaper this month, the majority of these states should push below $1.99 per gallon before May 1.

On the week, gas prices are three to 15 cents cheaper. Vermont saw the largest decline and was the only state to see double-digit drops. Most state averages in the region pushed less expensive by six to eight cents in the last seven days. At $1.76, North Carolina carries the cheapest average in the region.

On the week, Idaho saw the largest pump price decline in the region (14 cents) and lands on the top 10 list of states in the country with the biggest weekly change. All Rockies states saw declines with Utah (7 cents) seeing the smallest drop on the week.

Although the West Coast region continues to have the most expensive state averages in the country, it is also seeing significant decreases, as crude prices remain low and demand for gasoline and crude oil decline.