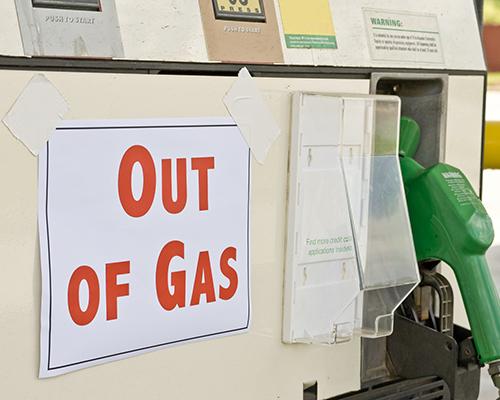 NATIONAL REPORT — Gas stations along the East Coast face fuel shortages in the wake of a cyberattack on the Colonial Pipeline, a major fuel delivery system that runs from the Gulf Coast to the Northeast. The pipeline ceased operations on May 7 and has not yet resumed operations on its main lines.

Colonial CEO Joe Blount notified the U.S. Department of Energy that the company retains complete operational control of the pipeline, which typically ships around 2.5 million barrels of oil per day, or 45 percent of all fuel to the East Coast. Colonial will not restart shipments until the ransomware has been neutralized, reported the Financial Post.

In the meantime, the East Coast is losing approximately 1.2 million barrels of gasoline supply each day. Gas stations in multiple states have signaled that fuel pumps are out of service and an estimates 7 percent of gas stations in Virginia were out of fuel as of May 10, according to GasBuddy. Cities without access to water-borne deliveries are in the most danger of facing fuel shortages.

Colonial is reportedly working with refiners, marketers and retailers to prevent shortages.

The disruption has prompted gas prices to climb, with the national average rising 6 cents on the week to $2.96 per gallon, according to AAA. If this trend continues, it could soon reach the highest price since November 2014, the last time the United States saw average prices at $2.99 and higher.

"This shutdown will have implications on both gasoline supply and prices, but the impact will vary regionally. Areas including Mississippi, Tennessee and the east coast from Georgia into Delaware are most likely to experience limited fuel availability and price increases, as early as this week," said Jeanette McGee, AAA spokesperson. "These states may see prices increase three to 7 cents this week."

Foreign gasoline imports and other pipelines can supplement the supply of gasoline in the Northeast, and other regions of the country are not expected to be impacted.

Despite this, it could take weeks to fully recover from the incident once service is fully restored as it will take as much as 15 to 18 days for fuel to flow from one end of the pipeline to the other, as pipeline shipments move at approximately five miles per hour.

"It's an all-hands-on-deck effort right now," stated U.S. Commerce Secretary Gina Raimondo. "We are working closely with the company, state and local officials to make sure that they get back up to normal operations as quickly as possible and there aren't disruptions in supply."