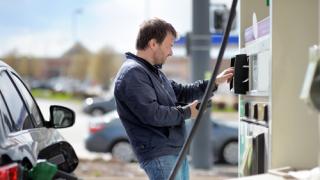 BOSTON — Cleanliness at convenience stores is significantly impacting consumers' ratings and foot traffic at gas stations across the United States.

The five top-rated operators by segment for cleanliness are:

Other highlights of the report found include:

GasBuddy users continue to give top scores to regional brands, with Buc-ee's leading the pack. The top five are rounded out by Twice Daily, Kelley's Market, QuikTrip and Wawa.

The majority of consumer ratings and reviews on GasBuddy remain positive, but March witnessed increased polarization in sentiment. Neutral reviews decreased by 13.49 percent from January, while positive and negative reviews increased 5.07 percent and 15.69 percent, respectively. From March to April, neutral ratings and negative ratings increased slightly.

Although c-store and gas station operators are deemed essential businesses, the industry faced many challenges, such as a decline in store visits. GasBuddy data show that visits bottomed-out between March 26 and April 1 and have since risen.

"Convenience retailers are essential businesses during times of crisis, but COVID-19 is bringing consumers to the stores with new questions and concerns," said Frank Beard, convenience store and retail trends analyst at GasBuddy. "Is it safe to touch the pump handles? When was the last time the store was cleaned and disinfected? According to GasBuddy data, expectations are sky-high."

Boston-based GasBuddy is a travel and navigation mobile app, covering 150,000-plus gas stations in North America.