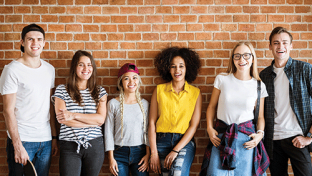 By 2020, Generation Z is expected to account for 40 percent of all consumers.

NEW YORK — Generation Z, the teens of today and the consumer powerhouse of tomorrow, is shunning drives to retail malls in favor of walkable trips to neighborhood convenience stores.

Engagement Labs’ Gen Z: The TotalSocial Generation study offers insights on Gen Z’s preferences as consumers by looking at their conversations about brands on social media and in the real world.

Among the preferences revealed in the study is that there's a shift happening to a preference for "around the corner retail" in place of destination retail. This is benefiting "neighborhood" convenience stores and drugstores.

7-Eleven is up by more than 300 percent among Generation Z in terms of frequency of conversation, while Aldi's, Walgreens and CVS are also posing double- and triple-digit gains. On the other hand, the biggest declines seen among teens since 2013 are Nordstrom, JCPenney, Kohl's, Macy's, Kmart, Sears and TJ Maxx.

Part of the reason Gen Z is finding neighborhood convenience stores more attractive is their lack of enthusiasm for driving, as rideshare services like Uber continue to thrive, along with increased use of bicycles and public transit for transportation. According to Engagement Labs’ study, the conversation levels for automobiles have fallen dramatically among this generation.

Also of note is that Gen Z wants the ability to hang out at the chains they frequent for meals. Instead of taking advantage of the speed of in-and-out fast-food service, today’s teens would rather go to a location that enables them to sit down and enjoy their food with friends.

"We call Generation Z a TotalSocial generation because they are socializing both online and offline. They have more consumer conversations than older consumers, but it's not just a digital phenomenon. They are talking more face-to-face about products and services as well," said Ed Keller, CEO of Engagement Labs. "We are also seeing major shifts from the teenagers of five years ago, indicating that Gen Z is a very different type of generation, with long-term implications for marketers."

The generation’s favorite brands are iPhone and Apple, while beverage brands Coca-Cola and Pepsi are down in conversations, by 21 percent and 49 percent, respectively.

"Gen Z is highly social, online and offline, with greater conversational engagement than adults in most consumer categories," added Keller. "As important as the trends may be, there are plenty of brands that are succeeding despite them. No matter which category you're in, the key to connecting with Generation Z is to listen — and learn."

The full study, Gen Z: The TotalSocial Generation, is available for download here.