Golden Pantry Chain Will Live on Despite Founder's Passing

Golden Pantry Chain Will Live on Despite Founder's Passing

WATKINSVILLE, Ga. — The legacy that Tom Griffith left with the Golden Pantry chain will continue to live on despite the founder's passing.

"It's an integral part of who we are," said grandson Robert Griffith, the convenience store retailer's president. "We're proud of what he created and the legacy we're able to continue."

Griffith died at age 88 on Sept. 30 from trauma caused by an accidental fall.

The industry veteran got his start delivering groceries on his bicycle during his early childhood. He attended the University of Georgia and founded Golden Pantry Food Stores Inc. in 1965. Today, the c-store chain has 38 locations.

"I'm very grateful he got to see it. He had a big smile on his face. He enjoyed seeing what the next generation of his business had created," Robert remarked. "My grandfather and the original founding partners back in 1965 set in motion something that was bigger than all of them. This was his life's work. He lived and breathed this company."

The family plans to carry on the Golden Pantry spirit. "It's an integral part of who we are," he added. "We're proud of what he created and the legacy we're able to continue."

The Navy veteran was also heavily invested in the political arena, as well as the community. Throughout his tenure, he:

Griffith was awarded the Key to the City of Athens by Mayor Nancy Denson on the 50th anniversary of Golden Pantry Food Stores. 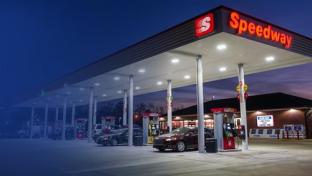 Corporate & Store Operations
Speedway Has Georgia on Its Mind for Growth