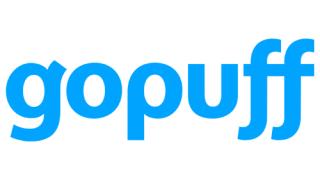 PHILADELPHIA — Gopuff is looking to "accelerate profitability" and prepare for a possibly "significant" economic downturn by making cuts to its workforce and its fulfillment network, among other strategic moves.

In a business note to investors on July 12, the Philadelphia-based instant commerce company said it is "targeting full company profitability in 2024 while maintaining a strong cash balance throughout."

Gopuff plans to do this through reduced spending, scrapping of lower-performing warehouses, and a focus on higher-margin revenue streams like advertising, reported Convenience Store News sister publication Progressive Grocer.

As part of its strategic plans, Gopuff is cutting 10 percent of its global workforce, or nearly 15,000 workers. The new round of layoffs is the second time in four months Gopuff has eliminated positions. It cut about 3 percent of jobs in March.

The company will also close and consolidate 12 percent of its micro-fulfillment center (MFC) network in the United States, which equates to roughly 76 warehouses, and expand delivery zones for other, higher-performing sites to continue delivering to the majority of customers in those areas.

"While difficult, this restructures us to align more closely around business priorities while accelerating our path to profitability," Gopuff co-founders and co-CEOs Yakir Gola and Rafael Ilishayev said in the note to investors.

"We have proven that our core business generates strong unit economics. We will therefore focus investments in our core instant delivery business and select revenue-generating initiatives. This includes optimizing our assortment to drive higher baskets (including becoming the first authorized retailer of Apple products in the instant commerce space), enhancing our forecasting technology to create more accurate staffing and planning functions, and adding new integrations and features to our inventory management across our omnichannel MFCs, retail locations and traditional Gopuff MFCs," the note explained.

A key contributor to Gopuff's spending is establishing new warehouses. People familiar with the company's plans said each warehouse costs an estimated $250,000 to launch, and about half of the company's roughly 600 warehouses were launched last year. The efforts to streamline expenses represent an acknowledgment that the company, emboldened by the pandemic-fueled boom in delivery, expanded too much, too quickly, Bloomberg reported.

Gopuff's newest cost-cutting measures also underscore the dramatic shift in sentiment in the rapid delivery sector, which investors poured $9.7 billion into globally in 2021.

Turmoil in the fast grocery delivery space comes as data show that shoppers, especially those in the U.S., aren't that interested in paying a premium for fast delivery of groceries and essentials. According to a new report from digital commerce solutions company Stor.ai, less than 2 percent of U.S. adults say they are "very likely" to shell out premium fees for ultrafast delivery and that 57.5 percent are not willing to pay a premium for ultrafast service, according to Progressive Grocer.

Other ultrafast grocery delivery startups are also feeling the pressure. German startup Gorillas Technologies GmbH is exploring options for the sale of its business or mergers with rivals as it struggles to raise capital, while Fridge No More and Buyk Corp. went out of business earlier this year.

Gopuff, which is eyeing a 2022 IPO, was valued at $15 billion last year and generated just under $2 billion in revenue in 2021. At the end of this year the company estimates it will have enough capital to sustain operations for four years, according to the memo. Gopuff expects the reduction in overhead to save about $100 million each year over five years.

However, future growth prospects are also clouded by concerns that rising inflation and a slowing economy could weaken demand. Sales as of May are up 76 percent compared with last year but, given the economic environment, Gopuff leadership doesn't expect this level of growth going forward, according to the people familiar with its operations.

In Europe, Gopuff will also be "re-evaluating" its presence in France and Spain to double down on the United Kingdom as part of its plan to become profitable, according to the memo.