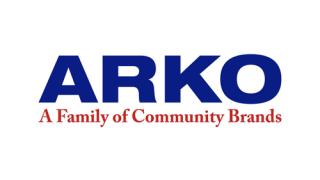 RICHMOND, Va. — The parent company of GPM Investments LLC is moving toward becoming a public company in the United States through a strategic tie-up that will fuel its growth across the convenience channel.

Upon closing, which is slated for the fourth quarter of 2020, Arko Holdings will delist from the Tel Aviv Stock Exchange. The new combined company, to be known as Arko Holdings Corp., will begin trading on the NASDAQ under the ARKO symbol.

Arko Holdings began trading as a public company in Israel in 2005. It bought the controlling interest in Richmond-based GPM in 2011. Aside from trading on the Tel Aviv Stock Exchange, there is no real business correlation to Israel, according to Arie Kotler, CEO of Arko Holdings and GPM.

"It was great to trade over there for all these years and we were able to raise a lot of capital in Israel. We were able to grow the company from 200 company-operated stores to almost 1,300 company-operated stores — and with the Empire acquisition, going to 1,400. It got to a point that we had to move to a market that would appreciate and understand the business," Kotler told Convenience Store News.

GPM is expected to close on its previously announced acquisition of Dallas-based Empire Petroleum Partners LLC in early October. The transaction will add approximately 1,500 wholesale sites and approximately 75 retail sites to its network, doubling GPM's annual fuel distribution to more than 2 billion gallons.

With the Empire deal nearing the finish line, now is the right time to go public in the U.S., Kotler explained.

With its available line of credit and the infusion of capital that the Haymaker combination is expected to add to the balance sheet, GPM not only plans to continue its strategy to grow through acquisition, but also to launch a remodel program.

The retailer began discussing a new prototype, with plans to begin remodeling stores this year, but then the COVID-19 pandemic forced GPM to hit the pause button.

Over the next three to five years, GPM plans to spend approximately $360 million in total on the remodel initiative, with the expectation that it will generate EBITDA of approximately $72 million over that same time period.

With 17 acquisitions under its belt over the past seven years, GPM is a network of numerous brands — some of which date back decades. One brand, Kotler pointed out, traces its roots to 1905. With this in mind, Arko is also unveiling a new slogan: Arko, A Family of Community Brands.

"When I say, 'A Family of Community Brands,' it's not just a slogan. Take E-Z Mart, for example, is almost 50 years; Scotchman is almost 50 years; or Admiral, that is almost 60, 70 years. You are talking about brands that have been in their markets for so many years and they mean a lot to those customers," the chief executive said. "We are not on the highway; we are in a lot of secondary markets and rural towns and at the end of the day, these brands are what they see every day. Their grandfathers probably went to these stores."

Arko and GPM will benefit as well from Haymaker's investing and operational experience at Fortune 500 companies, particularly in the consumer and hospitality sectors.

"Arko and GPM are the ideal partners for Haymaker. Their business has all of the key attributes we were seeking, and we are very pleased to announce the definitive agreement for this combination. We believe ARKO and GPM, with their established platform for growth, talented and driven management team and demonstrated success operating in an attractive end market, will drive value for all stakeholders," said Steven Heyer, CEO and executive chairman of Haymaker.

"Given the current environment, the company's resilient business model is particularly relevant, the inherent growth drivers extremely compelling, and their disciplined execution commendable," he added. "We are excited to continue to work with Arie and his team as we broaden the shareholder base globally at the newly combined company and build on their successful track record of growth."

The anticipated total enterprise value of the new combined company, pro-forma for the pending acquisition of Empire, is expected to be approximately $2 billion. ARKO will be led by GPM's current management team.

GPM's store count, as of June 30, stands at 1,393 locations spread across 23 states, comprised of 1,266 company-operated stores and 127 additional sites to which it supplies fuel. The company operates in three segments: retail, which consists of fuel and merchandise sales to retail consumers; wholesale, which supplies fuel to third-party dealers and consignment agents; and GPM Petroleum, which supplies fuel to company stores as well as subwholesalers and bulk purchasers.