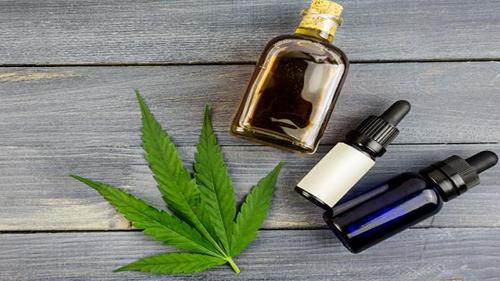 NEW YORK — Cannabis. Marijuana. CBD. Hemp. These terms are being tossed around a lot lately as retailers and consumer packaged goods (CPG) companies look to capitalize on an emerging category.

In a recent webcast entitled "Where Cannabis & CPG Collide: How to Prepare Your Business," Nielsen executives sought to help retailers and CPG companies get down to basics for understanding the opportunity.

Since the passage of the Farm Bill in December 2018, cannabis has become a more viable product category. Nielsen data shows that one out of two adults in the United States are likely to use cannabis in the next 12 months.

"It is poised for further growth as legislation goes into effect or is contemplated in more states across the country," explained Maria Lange, vice president, Nielsen Pet and Cannabis Practices.

Legalized U.S. cannabis sales are projected to reach $41 billion by 2025. However, at this point, many retailers and CPG companies are still in the foundational step of learning about the industry.

According to Lange, cannabis-derived products are the tale of two plants — marijuana and hemp — and one genus. The biggest difference between the two plants, she said, is that the marijuana plant has THC and is psychoactive, while the hemp plant does not have THC and is not psychoactive.

Marijuana, she noted, is federally illegal and can only be sold and consumed in states that have passed laws for adult or medicinal use. To date, 11 states and Washington, D.C., have legalized marijuana for adult use. Seven states have dispensaries currently in operation.

"The adult-use marijuana industry is quite fragmented and operates on a state-by-state basis," Lange said. "The nature of the market poses lots of challenges to scalability, which means there is limited reach and potential for marijuana in the current environment. This is the main reason why marijuana probably won’t be an attractive option for CPG companies and major retail chains for the foreseeable future. Many of you probably have bigger aspirations than a category that can only reach 20 percent of adults in the U.S."

Hemp is another story. There's strong consumer interest around hemp-derived CBD today. However, there is one major hurdle hemp-derived CBD products have to overcome before they can really take off: the Food and Drug Administration (FDA). Currently, the FDA has not given its approval for hemp-derived CBD as an ingredient in ingestible products.

Looking toward the new year, Lange pointed out that there are several key questions when it comes to cannabis and CBD products:

Rick Maturo, associate director of client services, Nielsen Cannabis Practice, believes marijuana is more of a threat than an opportunity right now for CPG companies. Although marijuana and hemp-derived CBD satisfy some of the same consumer needs — like pain management, health and wellness — marijuana users have less interest in hemp-derived CBD.

Looking at the data, flower format and pre-rolls represent more than half of the marijuana sales today. However, growth is coming from newer formats such as edibles and beverages — the same formats that are slated to be some of the favorites in hemp-derived CBD, Maturo noted.

"Marijuana is and will continue to compete with hemp CBD," he said.

A recent Nielsen survey found that 38 percent of adults are likely to consume a marijuana product if legally available to them in the next 12 months.

"As marijuana becomes more pervasive across the country, and more states begin to legalize it and more consumers come into the market, it will continue to be in the choice set of those newer entrants and also those who may have been involved with hemp CBD at a previous point," Maturo explained.

Shifting to hemp-derived CBD, he said the emerging category is in "the sweet spot" for CPG manufacturers and retailers.

By the end of 2019, hemp CBD sales are projected to reach between $900 million and $1.2 billion. According to Maturo, the consumers driving this are:

"The part that I think is really interesting is that hemp CBD users tend to be pet lovers," he said, citing that they are 20 percent more likely to have a pet.

Broken out by channel, 39 percent of hemp CBD sales are currently coming through CBD-specific stores, both online and brick and mortar. That is followed by specialty retail (33 percent), fast-moving consumer goods retail (16 percent) and online (12 percent).

Given the possible regulation by the FDA, Maturo foresees the fast-moving consumer goods retail space — which includes convenience stores — playing a bigger part. It already beginning to happen; convenience stores have been "aggressive" in stocking CBD products, he noted.

"It seems to be working to the first-mover advantage. If you look at the data, we are currently seeing that c-stores represent nearly the same amount in dollar volume as their food, drug and mass counterparts," he said.