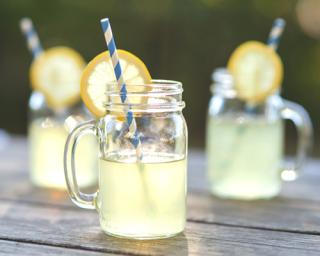 BOSTON — Hard seltzer took off in 2020, making up 21 percent of Drizly's beer sales with a year-over-year sales increase of 495 percent.

However, the emergence of beverages such as hard kombucha, hard lemonade and hard iced tea products has made "hard alternatives" a viable option for consumers in search of single-serve, low-ABV options, according to BevAlc Insights by Drizly.

"The solidified position of hard seltzer as a popular, mainstream beer category has helped spur the success of alternative subcategories," said Liz Paquette, head of consumer insights at Drizly.

Hard alternatives are likely to gain share in 2021 due to leading hard seltzer brands expanding into the segment. Examples include Bud Light hard setlzer lemonade SKUs and hard seltzer iced tea from Truly.

Growing desire for better-for-you alcohol has served as a major driver behind the growth of hard seltzer, but hard kombucha buyers are interested in more specific health-conscious attributes, such as probiotics and natural ingredients. Hard lemonade and hard tea buyers are less health-focused, according to Dave Williams, vice president of analytics and insights at Bump Williams Consulting.

"I would imagine that these consumers are primarily flavor-driven," Williams said. "They're less concerned about caloric content or sugar, and more concerned about the ultimate taste profile."

At the same time, these categories are evolving, Paquette noted. "Previously, hard lemonades and teas were associated with sugary and syrupy beverages," she said. "However, new products in the space are now being marketed as lower-sugar and lighter alternatives. In the past year, these alternatives have begun to appeal more broadly to hard seltzer consumers."

According to Drizly data, hard alternatives sales skew younger than overall beer sales. Consumers aged 21 to 27 and 28 to 34 account for the largest share. More than 73 percent of hard alternatives consumers are under the age of 42, reflecting young generations' desire to try new products and categories.

In the years to come, more brands will invest in the hard alternatives space, including hard coffee and hard soda, Paquette predicted.

"We have seen signs of this movement in 2020 and 2021, with new product releases like Bud Light Seltzer Lemonade, Truly Iced Tea, and Strainge Beast Hard Kombucha by Sierra Nevada," she said. "We also expect more craft offerings to emerge in the hard alternatives category, similar to the trend which has begun in the hard seltzer space."

The future could also lead to packaging changes. "The aluminum can shortage may impact the hard alternatives category, as well as the broader hard seltzer and [ready-to-drink] categories, as the shortage persists through 2021 — particularly in the craft space," Paquette said. "This may lead to new formats being tested in the space like glass bottles, pouches or cartons."