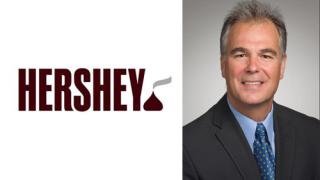 HERSHEY, Pa. — The Hershey Co. veteran Dave Onorato, named to the Convenience Store News Hall of Fame in 2020, plans to retire from the company this year.

"Dave has been a mentor and trusted teammate to so many throughout his 38 years. His positive energy and fighting spirit are legendary. Because of his deep care and attention for his teammates and customers, he will continue in a transition role through the end of September," Hershey noted in a statement.

Onorato reflected on his career during an interview with CSNews in late 2020. He said he recognizes that in today's landscape, it's uncommon to come by people who maintain a decades' long career at one company, like he has achieved. The obstacle, he noted, is challenging yourself to change in relevant ways, to accept new ways of getting the work done, and putting your A-game front and center.

Onorato has had a front-row seat to change in the c-store industry as well. The two most notable shifts in retail, according to the Hershey executive, are continued consolidation and the evolution to omnichannel experiences. On the flip side, the one constant that has remained is people's reliance on confections.

"Candy is a ubiquitous industry. It can be sold anywhere there is a register and, with COVID, we're seeing more than ever people's emotional connection to it," he said. "Candy plays an important role in helping people and bringing a smile to their face. We call it 'bringing moments of goodness to people,' and we really do believe in that."

Onorato stated during the 2020 interview that he advises up-and-coming leaders to enjoy the voyage and learn something new every day, so they can grow and prepare for the next role ahead.

"We talk about the definition of success is when opportunity meets preparedness, so continue to prepare yourself every day, so when that opportunity hits, you're ready to go," he expressed. "I always tried to be the very best I could be in every job I had, and I think that served me well. At the end of the day, when I got into that next role, I knew I would be ready."