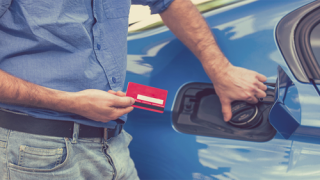 According to VideoMining's C-store Shopper Insights, enabled by CSI Tracker, high gas prices mostly impact the pump-to-store conversion rate of those customers who pay at the pump. Since 70 percent of all fuel customers paid at the pump in the first quarter of 2022, that's a majority of fuel buyers. Of those customers, only 22 percent made any in-store purchases.

With the pandemic fears largely abated in 2022 and travel picking up, the research firm expected the pump-to-store conversion rate to start climbing back toward pre-COVID rates of 31 percent. However, data shows the "pain at the pump" from high gas prices discouraged fuel buyers from making a trip in-store to purchase other products.

Data shows that once customers walk in-store to pay for gas, one-third of them buy some other product regardless of the prevailing gas prices or pandemic woes.

Since pay-at-the-pump customers are the ones significantly impacted by both the pandemic and high gas prices, there is an opportunity for convenience retailers to drive higher pump-to-store conversion rates, according to VideoMining. Because pay-at-the-pump customers spend more time at or near the pump, a variety of marketing platforms — both physical signage and digital — can be deployed to attract them to visit the store.

According to insights, the alcoholic beverage category is a highlight for convenience retailers. Of the nine Mission Trips VideoMining tracks — including Refreshment, Snacking, Tobacco, Caffeine Boost, Meal Building, Alcohol, Lottery, Grocery Shopping, and Nonfood — Alcohol had a solid gain of 15 percent in its share of store trips, with other trip missions like Refreshment, Meal Building and Snacking also posting strong gains in the comparison across three years (first quarter of 2022 vs. first quarter of 2019).

Tobacco was among the trip missions that declined.

Some of these shifts in trip missions are based on emerging long-term trends — beyond the impact of pandemic — affected by consumer demands, store transformations, and new product innovations. For example, some of the alcohol trip growth can be attributed to sustained demand for beyond beer or ready-to-drink alcoholic beverages, which have become popular with younger consumers, including women, according to VideoMining.