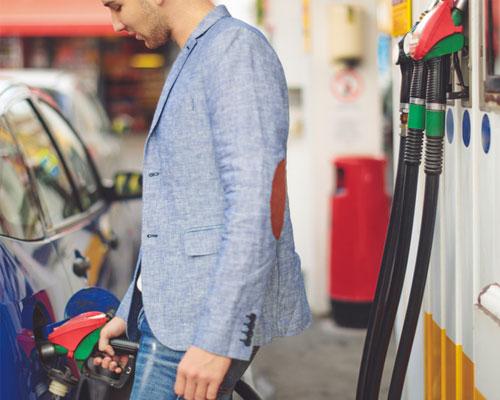 ORLANDO — For the 37.6 million motorists who hit the roadways this Memorial Day weekend, the vast majority paid less at the pump compared to last year.

Today, 42 states and Washington, D.C., have gas price averages that are less expensive year-over-year, with Florida seeing the largest yearly change (down 31 cents), according to AAA. On the other side of the coin, West Coast motorists are paying nearly double-digits more than last May to fill up.

"Gas prices have declined, on average, by at least a nickel, for the majority of the country since the beginning of May and that's a trend motorists can expect to continue into early June," said Jeanette Casselano, AAA spokesperson. "Stable crude oil prices are helping to push prices down at the pump despite tight domestic gasoline supply and robust demand. A bump in demand could push prices higher, but only by a few cents."

Today's national average of $2.82 is cheaper than last week by 2 cents, last month by 6 cents and last year by 16 cents.

The nation's top 10 yearly decreases top 31 cents in Florida, followed by 28 cents in New Jersey, 27 cents in New Mexico, 25 cents in Kentucky, 24 cents in Texas, Louisiana and Georgia, 23 cents in Mississippi and Alabama, and 22 cents in Michigan.

Here's how the rest of the country is faring:

On the week, gas prices are cheaper across the region. South Carolina was the outlier again, seeing a 1-cent jump since last week. State gas price averages range from $2.60 in Georgia to $2.42 in Mississippi.

At 1 cent, Michigan and Indiana saw the only gas pump jumps on the week in the Great Lakes and Central states. The largest declines at the pump in the region include Ohio (7 cents), Nebraska (4 cents), Kentucky (3 cents) and Missouri (2 cents), with the remaining states’ averages declining a penny or holding steady on the week.

Gas prices continue to trend cheaper across the Mid-Atlantic and Northeast states, with all averages now under $3 a gallon. Though, at $2.98, Pennsylvania ranks as the 10th most expensive state in the country and the most expensive in the region.

On the week, declines were modest. North Carolina, Washington, D.C., and Maryland saw the largest declines in the region at 3 cents.

Year-over-year, Delaware (down 28 cents) carries the largest change in the region followed by Maryland (down 22 cents), Tennessee (down 20 cents) and North Carolina (down 20 cents).

Wyoming saw the largest weekly jump at the pump in both the region and in the country with a 2-cent increase. Montana saw prices rise as well, but only by 1 cent. For the first time in more than a month, Utah (down 2 cents) saw gas prices decrease while Idaho's remained stable on the week at $3.20.

While motorists in the region are seeing small jumps and declines, compared to a month ago, pump prices are more expensive for the majority: Utah (up 24 cents), Idaho (up 19 cents), Wyoming (up 11 cents), Colorado (up 9 cents) and Montana (up 5 cents).