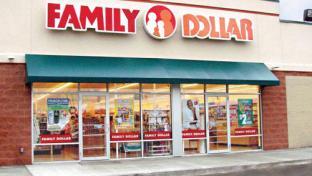 NATIONAL REPORT — With dollar stores continuing to grow and move into new markets and product categories, what can convenience stores do to defend their turf?

It’s all about capitalizing on the strengths of both the c-store industry and individual chains.

“Within the food and convenience category, there is a lot of competition,” Keith Daniels, partner at Carl Marks Advisors, based in New York, told Convenience Store News. “Dollar General is expanding and adding fresh food and coolers, and we have seen it in the drugstore channel as well. Competition is coming at c-stores from all angles.”

Dollar General Corp., with more than 15,300 stores in the U.S., started a “DG Fresh” initiative that’s designed to self-distribute fresh and frozen products. Its first DG Fresh facility is already providing more than 800 stores with refrigerated and fresh products. Dollar General is also expanding its DGX small-format concept, which stocks many items focused on immediate consumption, including fountain beverages, coffee, and grab-and-go sandwiches and salads.

Meanwhile, this past June, Dollar Tree Stores Inc., which operates more than 15,000 Dollar Tree and Family Dollar stores in the United States and Canada, said it would add adult beverages to approximately 1,000 more Family Dollar locations, and expand the freezers and coolers in approximately 400 stores. At that time, the chain had already added alcoholic beverages to 45 stores and expanded freezers and coolers in 55 stores.

The two largest and growing brick-and-mortar retail segments are currently convenience stores and dollar stores, so many operators are finding themselves competing for the same properties, too.

What’s a C-store Operator to Do?

C-stores must lean into their existing strengths and differentiators to hold onto customers.

“I don’t think there is an industry that understands tobacco better than c-stores, and they are much further along with foodservice than dollar stores, which is a point of distinction,” noted Ed Collupy, executive consultant at W. Capra Consulting, based in Chicago. “Also, in a recent dollar store walkthrough, I noticed the variety in the cooler was much lower than c-stores, so I think that is still a point of difference.”

Also, while some dollar stores are bringing in fresh food, such as sandwiches, salads and produce, c-stores are still winning when it comes to made-to-order and hot food items. This is not something dollar stores are looking at yet, and if they do, they will have to go through the years of work that c-stores have already done to understand foodservice.

C-stores also have established coffee offerings — though DGX stores plan to add this option — so it’s important for convenience store operators to continue to refine and update their coffee programs to keep them fresh. Coffee has been an offering in the c-store industry for a long time and an area that would be easy for them to dominate, according to Collupy.

“Coffee should be capitalized on and if a chain has not refreshed its program, it’s probably time to look at that and take advantage of what they know, so again dollar stores will be in catch-up mode,” he said.

Yet another plus for c-stores, Collupy believes, is that they’re better at operational execution.

“Dollar stores often have aisles jammed with deliveries, and they are hard to navigate,” he said. “There is also a lot of disorganization and out-of-stocks. I’ve seen shelves in disarray, and it’s not just one store, but multiple stores I have visited.”

On a recent visit to a Dollar Tree store, Collupy said he walked down an aisle toward the back of the store and saw a hand-written poster that said the restrooms were out of order so neither one could be used. Clean and functional restrooms are something many c-stores focus on, and shows their attention to detail and customer service. This is another advantage, he noted.

Above all else, though, the biggest thing c-stores have that the majority of dollar stores do not is fuel. Loyalty programs are a good way for c-stores to further leverage this point of differentiation and get more customers from the pumps into the store regularly.