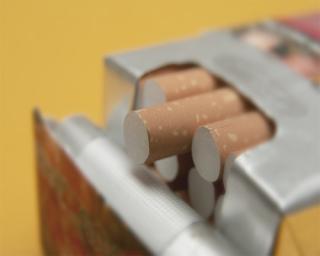 Local and state legislators are considering regulations that would ban the sale of menthol cigarettes, and mint and wintergreen smokeless tobacco products from c-stores.

BOSTON — Hundreds of Massachusetts convenience store operators are closing up shop on Nov. 6 in protest of a proposed ban on menthol cigarettes to demonstrate the critical role these stores play providing vital resources to communities.

Retailers will rally at the Massachusetts State House at noon to educate elected officials on the racial inequality of the ban, as well as its impact, which they say include food scarcity in under-served neighborhoods, small business closures, job losses, increased crime, and a failure to actually address minors' access to and use of products.

"City and state leaders must reject this racist segregation era policy," said Corneal Allen of the Boston Convenience Store Owners Association. "The ban on menthol cigarettes sends a message to all blacks and minorities in Boston that they aren't smart enough to choose, but white people are. Thanks but no thanks."

The rally comes as the Boston Public Health Commission and the Massachusetts Legislature are considering regulations that would ban the sale of menthol cigarettes, and mint and wintergreen smokeless tobacco products from c-stores.

Just days prior, on Oct. 30, more than 100 c-store owners responded to the move with a rally on Boston City Hall Plaza for sensible tobacco regulations in Boston and across the state. They highlighted the key role their stores play in providing critical food resources for underserved communities as well as the responsible sale of legal age-restricted products in a regulated and permitted marketplace, as Convenience Store Newspreviously reported.

According to the retailers, Massachusetts c-stores have a 95 percent Food and Drug Administration (FDA) compliance rate with underage stings and have offered alternatives to the ban, such as increased penalties for violations, stricter ID screening and funding for awareness and education of smoking dangers.

"The revenue generated in Massachusetts from menthol cigarettes is over $2 billion. If policymakers move forward with these regulations, there is a wide network of gangs and organized crime that will be ready to fill the void," said Richard Marianos, assistant director of The Department of Alcohol, Tobacco and Firearms (retired). "It is almost certain that the passage of these regulations will increase criminal activity and violence in Massachusetts."

Massachusetts is sixth in the nation in tobacco smuggling compared to New York, where officials estimate the state loses nearly $1 billion annually in lost taxes to unregulated street sales of cigarettes. In 2018, New York authorities arrested 17 smugglers who flooded the city with 18 million untaxed cigarettes.

Store owners say the ban is a senseless move that disproportionately targets communities of color and harms small business.

"Massachusetts convenience stores are too often taken for granted. Throughout the state, these stores provide the products and services their neighbors need when they need them most, and are responsible for the collection and remittance of a significant amount of the state's tax revenue through the sale of items such as gasoline, lottery, and tobacco," said Jon Shaer, executive director for New England Convenience Store and Energy Marketers Association. "Can you imagine a day without your local convenience store?"