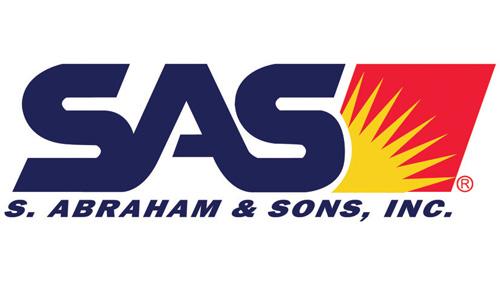 The SAS corporate office and distribution centers in Grand Rapids and Indianapolis will continue to service all customers.

GRAND RAPIDS, Mich. — It will be business as usual at S. Abraham & Sons (SAS) as the stock of its parent company, GRAD Inc., trades to Imperial Trading Co. of Louisiana.

According to SAS, its corporate office and distribution centers in Grand Rapids and Indianapolis will continue to service all customers with no interruption. All SAS associates will maintain their respective positions.

As a result of Imperial purchasing the stock, the merged company will become the fifth largest convenience store distributor in the United States, with service capabilities from the United States-Canadian border to the Gulf of Mexico. Imperial and SAS will now supply more than 5,000 retail locations.

"With the expansion of our geography and capabilities, Imperial and SAS are positioned to grow exponentially by leveraging our collective strengths in a way that retailers will be offered a greater option that they have been afforded in the past," said John Georges, owner of Imperial Trading Co.

Jerry Abraham has been named president of SAS. Alan Abraham will serve in an advisory capacity. Wayne Baquet will continue his role as president and CEO of Imperial.

Imperial services retailers in nine southern states and SAS supplies retailers in eight Midwestern states. Both companies have been successful for the same reason: Great employees who put the customer first and strive to provide exemplary service, according to a release on the deal.

"As we looked at opportunities for the future of our company, we sought a like-minded company with similar core values and marketing philosophies. We found them in Imperial Trading Co.," said Alan Abraham.

Added Jerry Abraham: "The merged company will continue to have a major presence in servicing the convenience store community and our focus will remain customer satisfaction."

According to Baquet, Imperial found "the perfect fit" in SAS as it continues to expand. "SAS is a leader in the Midwest, providing marketing, technology and distribution solutions for their customers. We are excited to join forces and share best practices to grow our market share," he said.