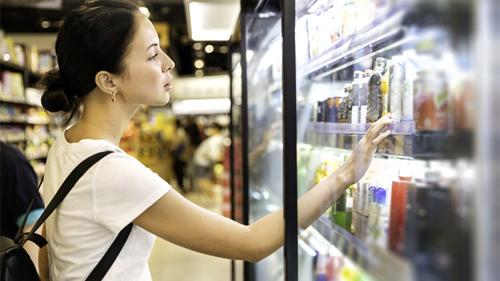 That number, according to VideoMining CSI Tracker, was a 12-month high for the industry. Even though the average lags behind pre-pandemic levels, its points to the consumers leaving their homes and visiting c-stores after the initial COVID-19 fears in the second quarter of 2020, said Rajeev Sharma, founder and CEO.

In addition, fuel sales recorded a 12-month high with 4,967 weekly buyers in the second quarter; however, only about a quarter of the gas customers made in-store purchases — signaling a big opportunity for convenience retailers to increase out-of-store and at-pump promotions to convert fuel customers, Sharma explained.

VideoMining's research also found that consumers were spending more time actively shopping the stores, with the average time in the store jumping 10 percent from Q2 2020 to Q2 2021.

Shoppers' baskets were also larger, with an average of 2.8 units per transactions in Q2 vs. Q1.

According to Sharma, the channel saw a "very significant boost in younger shoppers, with the share of Gen Z (18- to 25-year-olds) doubling year-over-year in Q2 from 6 percent to 12 percent. Gen X and millennials, however, constitute a whopping 72 percent of the shopper base and stores should continue to plan promotions or placements with these two key groups in mind."

Other findings from VideoMining include: