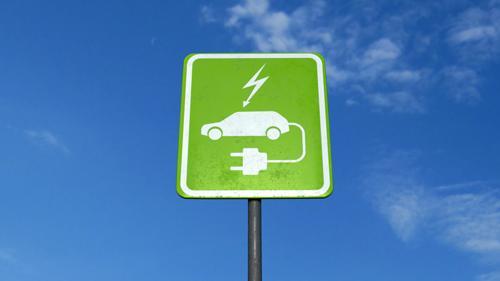 ALEXANDRIA, Va. — Lawmakers should support private sector investment by businesses that currently serve the motoring public in order to increase the proliferation of electric vehicle (EV) charging infrastructure across the country, according to a coalition that represents truck stops and travel centers, convenience stores, restaurants, hotels and blind entrepreneurs, as well as U.S. cities and other communities.

Permitting EV charging stations at Interstate rest areas would discourage such investment and be counterproductive, the groups noted.

"Our industry has made significant investments in electric vehicle charging to meet growing demand for this alternative fuel," said NATSO President and CEO Lisa Mullings. "Many would be forced to reconsider those investments if the government were to allow hand-picked vendors or utilities to sell fuel from an advantaged location on the Interstate right-of-way. Private businesses that continue to grapple with the tremendous effects of the Coronavirus pandemic will not be able to compete for customers with a government-sanctioned monopoly."

Private sector involvement in the installation of EV charging stations is key to meeting the fueling needs of the motoring public, according to groups in the coalition, whose members are working to make infrastructure investments. In February, NATSO teamed with ChargePoint to create a National Highway Charging Collaborative that will deploy charging at 4,000-plus travel plazas and fuel stops in the next decade, as Convenience Store News previously reported.

The coalition believes that the best way to accelerate EV adoption and limit range anxiety for electric vehicles users is to foster a dynamic, competitive marketplace for EV fueling at the thousands of travel centers, gas stations, convenience stores, restaurants, and hotels located in close proximity to an Interstate, ensuring that EV charging stations are available to the public similar to traditional refueling.

"Permitting EV charging at rest areas would inevitably lead EV users to demand additional relaxations of the commercialization ban so they could purchase food and beverages at rest areas while they charge their vehicles. This, in turn, would decimate the businesses that are owned by blind entrepreneurs that currently enjoy a priority for installing and operating vending machines at Interstate rest areas," the coalition wrote in a joint letter to lawmakers. "Many blind businessmen throughout the country rely on this opportunity to earn a living, support their families, and realize the American dream. If commercialized rest areas were allowed, these entrepreneurs would be out of work virtually overnight."

Off-highway businesses are particularly vulnerable to unfair competition from government-backed fuel and foodservice establishments located directly on the Interstate right-of-way, the groups noted.

The full letter is available here.