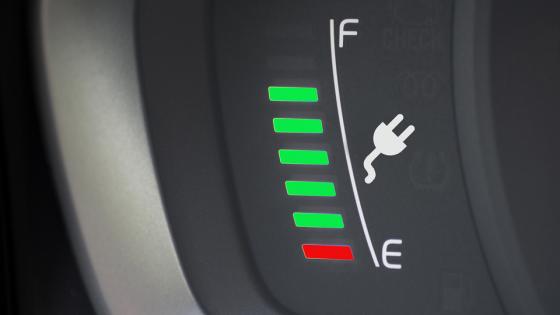 WASHINGTON, D.C. — Electric vehicles (EV) and meeting the needs of the EV motorist are emerging opportunities for convenience stores and truck stops, but parts of the federal infrastructure bill could hamper those opportunities, according to industry groups.

NATSO, NACS and SIGMA continued to voice concerns with the five-year surface transportation reauthorization bill even after the U.S. House of Representatives passed H.R. 3684, the INVEST in America Act.

"NATSO is disappointed that we must reject a federal highway bill for the second time because it contains the same harmful provisions that will discourage the private sector from making investments in electric vehicle charging infrastructure," said NATSO President and CEO Lisa Mullings. "NATSO wants to work with lawmakers to expand the market's transition to alternative fuels, including EV charging. With a few key improvements to these provisions, NATSO and the entire retail fuel industry would otherwise be able to support this important legislation."

According to NACS President and CEO Hank Armour, the association supports infrastructure investments that leverage private funds and lead to improvements — something this bill does not do.

Despite their disappointment over the bill's 221-201 passage in the House, the three trade groups said they support increased investment in infrastructure, including alternatives to traditional motor fuel such as electric vehicle charging, hydrogen, and natural gas fueling.

Bringing Their Concerns to Federal Officials

In a letter prior to the July 1 vote, NATSO, NACS and SIGMA urged members of the U.S. House Transportation and Infrastructure Committee to oppose the INVEST in America Act. Specifically, the groups are concerned that two provisions will discourage private businesses from investing in EV charging and stifle the market's transition to electric vehicles.

In the letter, NATSO, NACS and SIGMA expressed concern with:

1. A provision in the Manager's Amendment that would carve out an exception for EV charging to the longstanding federal law prohibiting the sale of fuel, food and other services at rest areas.

According to the associations, the ban on commercial activities at interstate rest areas has been essential to incentivizing businesses to invest in fuel stations just off U.S. highways for as long as the interstate system has existed. Against this market and policy backdrop, drivers of gasoline-powered cars do not suffer from range anxiety.

2. A provision in Section 1303 that would allow investor-owned utilities to receive federal grants even if they have already raised rates on all of their customers to underwrite EV charging infrastructure investments.

This policy would discourage private investment. Fuel retailers will not invest in a technology where they have to pay for their own infrastructure — and recover those costs — while utilities have all of their investments covered by unwilling underwriters, they said.

The groups said that the highway reauthorization bill passed in summer 2020 by the U.S. Senate Environment and Public Works (EPW) Committee, which was supported by NATSO, "creates a regulatory framework that is far more compatible with increasing investment in EV charging infrastructure than the INVEST Act."  The Senate EPW bill included grants for EV charging infrastructure along highway corridors similar to the INVEST Act, but does not commercialize rest areas or encourage utilities to "double-dip," according to the associations.

"For decades, we've invested in new infrastructure to meet our customers' evolving fueling needs," Mullings said. "Our industry invested in diesel exhaust fluid (DEF) infrastructure when truck manufacturers began building trucks requiring DEF. We invested in infrastructure to blend and sell biodiesel and ethanol. In none of these instances did the government need to build fuel stations to meet consumer demand. New fuels have been introduced into the market before, and private businesses have always stepped up."

Earlier this year, NATSO joined with ChargePoint, an EV charging vendor, to form the National Highway Charging Collaborative to add EV charging to more than 4,000 travel plazas in the next decade.

The letter follows NACS' request to retailers to reach out to their federal lawmakers and ask that they support Larsen Amendments No. 70 and No. 71 to the INVEST in America Act. The amendments would allow EV charging options at park-and-ride facilities, while continuing to protect off-highway businesses and communities. As NACS explained, the amendments direct Congress to study the effects this policy would have before taking a step that would set back efforts by the private sector to build this infrastructure, as Convenience Store News previously reported.