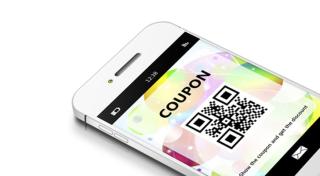 WINSTON-SALEM, N.C. — Digital coupons are leading the way in terms of redemptions, holding a 34-percent share of redemption versus free-standing inserts, which came in second at 24 percent, according to the Inmar Intelligence 2022 "Promotion Industry Analysis." This marks the second consecutive year that digital coupons have led in redemptions.

A major reason for redemptions is inflation. With a 7.9-percent increase in the U.S. Consumer Price Index announced in February, as well as continuing supply chain challenges, shoppers are looking for savings today more than ever, according to Inmar Intelligence. Nearly one-third of shoppers increased their coupon usage in 2021 and 54 percent did so because of financial pressures.

Based on the report, these shoppers are turning to digital coupons over other savings options, with 72 percent of shoppers reporting they used a digital coupon in-store. In fact, there was a 13-percent increase in digital coupon redemption in 2021, as inflation started to take hold. Brands reacted swiftly to the increased shopper demand and increased digital coupon distribution by 28 percent in 2021, noted the research firm.

"Our data shows that shoppers are increasingly concerned about price increases and their effect on household budgets," said Spencer Baird, executive vice president and president of Inmar's Martech division. "There are pressures on families from many angles right now, and the brunt of these price increases is hitting shoppers' wallets. This is accelerating the trend toward digital coupons as more and more shoppers use their mobile devices to find discounts online and in-store, a habit which we expect to continue throughout 2022 and beyond. It's critical for brands and retailers to accelerate their incentive strategies in 2022 to meet the needs of the shopper in order to capture and maintain their loyalty."

As shoppers face higher prices, and a shortage of their favorite products, coupons have become an increasingly important tool for retailers and brands, the research firm added.

As Convenience Store Newsreported, this report follows separate research in January that concluded that high-spending, high-frequency customers are attracted by deals, discounts and loyalty programs more than other spending groups, according to "The Digital Divide, Aggregators and High-Value Restaurant Customers," a collaboration between Paytronix Systems Inc. and PYMNTS.

Specifically, these customers are more likely to identify special offers and discounts (47 percent) and access to a restaurant's loyalty program (42 percent) as reasons to order directly from restaurants, the study noted.

In addition, the "Inside the Consumer Mind" report revealed in February that despite rising optimism regarding an eventual return to pre-pandemic life, a large number of Americans say that even after the COVID-19 pandemic ends, they plan to keep spending less or switch up the products and brands they spend money on — or do both, according to a consumer survey released by global consulting firm AlixPartners. The poll was conducted among 1,015 U.S. consumers aged 18 and older, with demographics balanced across gender, age, income, education, and location (city/rural/suburban).