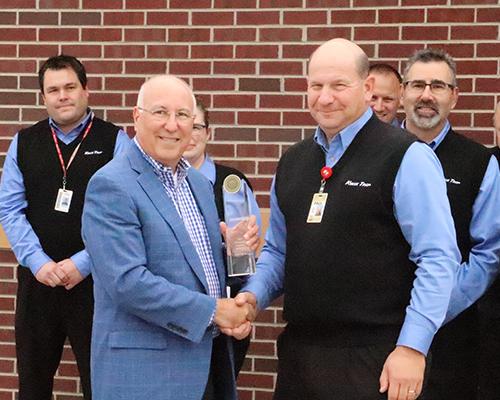 "Innovators like Kwik Trip are not just great operators themselves, they are raising the perception of foodservice for the entire c-store industry," said Longo, who added that such success would not be possible without Kwik Trip's 24,000 employees, or co-workers, and a finely-tuned, vertically integrated distribution system that gets fresh food from the central commissary to the stores every day. "Innovation without superior execution doesn't mean a thing," he said.

Among the many accomplishments Kwik Trip is being recognized for this year:

Foodservice accounts for 30 percent of inside sales for Kwik Trip, according to Servais. That's significantly higher than the industry average of 16.5 percent of sales, according to the CSNews 2019 Industry Report.

"Forty percent of our gross profit dollars are from food," added Servais, "and these numbers will continue to grow."